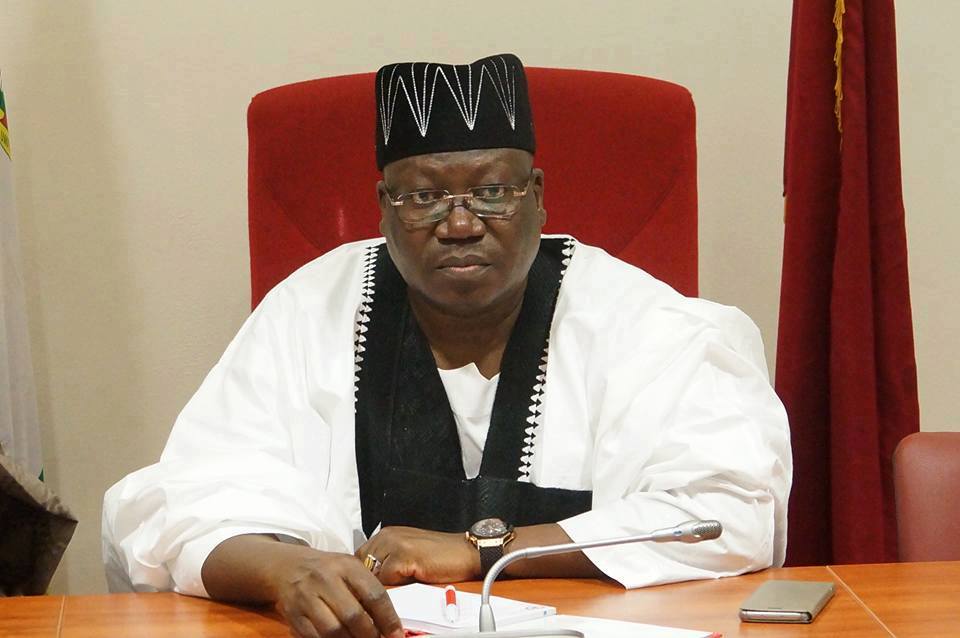 204
SHARES
5.3k
VIEWS
Share on FacebookShare on TwitterShare on WhatsApp

The Senate President, Ahmad Lawan, has assured Nigerian youths that the National Assembly will ensure that victims of police brutality will get justice.

Senator Lawan who disclosed this in a statement signed by himself on Monday said the National Assembly will collaborate with the Executive to ensure justice for victims of misconduct and rights abuses by personnel of the disbanded Special Anti-Robbery Squad of the Nigeria Police.

“In the same vein, to discourage impunity, we will insist that the perpetrators of the alleged abuses be prosecuted and sanctioned as appropriate”.

The Senate President also assured Nigerian youths that the National Assembly will work with the Executive arm of the government to ensure their five-point demands are implemented.

“We will also work with the Executive to ensure that the five-point demands of the #EndSARS protesters which the government has committed itself to be fully implemented.

“In spite of the unfortunate hijack of the protests against police brutality by hoodlums to unleash horrifying violence, arson, looting and wanton destruction of public and private property on the country, we will ensure that government fulfills the commitment it has made to the well-meaning agitators for police reform and good governance”.

Senator Lawan noted that the National Assembly is fully committed to putting the necessary legislation in place for comprehensive reform of the Police to enhance their institutional integrity and efficiency.

He condoled with the victims of the reprehensible violence and criminality witnessed in the last few days in many parts of the country.

“I send my condolences to the families of our security and law enforcement agents who have made the supreme sacrifices in the course of their service to their fatherland.

“I also call for a thorough investigation of every criminal act that we have witnessed in the past few weeks with a view to bringing to justice all those elements who have so callously destroyed public and private property”.

He urged the youths to join hands with the authorities in bringing an urgent cessation to the violence.

“I call on our patriotic youths to leave the streets as Government has heard their voices and is addressing their grievances. This is also necessary to avoid unwittingly continuing to provide covers for the criminals and fifth columnists in our midst”.

However, as regards those criminal elements unleashing terror on our cities under the guise of the protest, I urge the security agencies to forthwith but with utmost restraint, restore law and order across the country and bring the criminals to justice.

While still grappling with the havoc of COVID-19, the country can ill afford yet another epidemic that has now appeared in the form of the lawlessness that is going on.

“I thank all Nigerian leaders and other well-meaning Nigerians for their interventions towards restoring peace and order after the unfortunate degeneration of the protest into chaos and brigandage in many parts of the country.

“In particular, I thank all Nigerians for their patience and understanding in this trying moment in our dear country.

“I thank you all for your wise counsel to the protesting youths to embrace peace and for Government to be open and sincere in addressing the issues that the youths have raised so clearly”, he added.