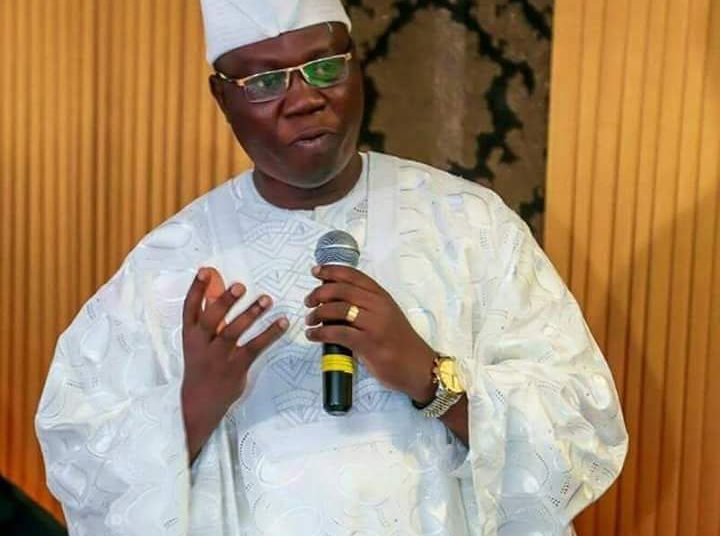 638
SHARES
6.6k
VIEWS
Share on FacebookShare on TwitterShare on WhatsApp

Aare Onakakanfo of Yorubaland, Iba Gani Abiodun Ige Adams on Saturday urged the Nigerian youths to embrace peace as the best means to drive home their demand for police reform and other sundry issues affecting the nation.

Extolling the rare determination and courage displayed by the youths in the last three weeks, Aare Adams said the Nigerian Youths of today have also written their names in gold for raising their voices against police brutality and standing up to fight against bad leadership.

Iba Gani Adams also commiserated with the families of those that lost their loved ones in the course of the struggle,adding that those that fell to the bullets of the army will surely be remembered as heroes and they will always live in the minds of Nigerians forever because they had paid the supreme price for liberty and justice.

“I condemned the killings of some of the peaceful protesters in Lekki Toll gate.It was one killing too many and I also stand with the families of those killed. I’m with you at this moment of grief. I share your pains. I mourn with you. I shed tears with you. I feel your sorrow. Mankind cannot create life and has no right to take one especially the lives of people protesting against an unjust system. The loss of one life is a tragedy not to talk of many more lives”

“The deaths were avoidable. The people who lost their lives could have been saved. There was no reason for the vicious attacks on innocent citizens. It is therefore, very important for the Federal Government to unravel those behind the kiilings”

Aare Adams also condemned the destruction of private and public properties, saying that some of the assets destroyed represent the bedrock of Yoruba political economy and agelong civilization. “City Hall, Lagos Television and many others are legacies of Chief Obafemi Awolowo”

“We condemn in the strongest term this reckless and coordinated attempt to destroy Yoruba economic birthright.”

While urging those trying to put ethnic or tribal colourations to the wanton destructions of public properties in some parts of Lagos,
Adams urged the purveyors of such misinformation to desist from spreading lies against the Igbos, adding that those hoodlums that engaged in the looting and destruction of public properties did that for their selfish end, stressing that some of the Igbos in Lagos also lost their businesses and properties to the ugly incident.

He pointed out that attacks have shown how vulnerable Lagos and the entire Yorubaland are, while admitting that there is no strategic plan to protect the cities.

The Yoruba generalisimo said he was shocked that while the destruction was going on, none of the political actors in the South West considered it necessary to reach out to Pan Yoruba groups for assistance in protecting the Yoruba heritage”

” At a critical moment, the strategic assets were left unprotected. This has exposed how insecure we are as a people.

“It is sad that some individuals are now giving tribal and ethic colourations to the incident of destruction and looting across the state. Those that hijacked the peaceful protest did that for their selfish interests and I think the state government must also investigate the whole events that played out during the last three weeks. There must be a thorough investigation into the killings and wanton destruction of properties in Lagos and the government must ensure that perpetrators of that dastardly acts face the full weight of the law”

“More so, I wish to state it clearly that we should embrace peace and stop fanning the embers of tribal wars across the state”

Aare Gani Adams also make case for Regionalism, urging the Federal and State Governments to work towards returning Nigeria to Regionalism to save the country from imminent collapse and break up.

“Nigeria is a country in perpetual conflict, I call on the National Assembly to initiate the process of returning the country to regionalism to stem the wave of unrests.Our leaders are adamant in defending a reckless and self-defeatist system”

Adams also maintained that the #ENDSARs protest was a democratic request by millions of Nigerians whose relations were killed or brutalized by the police controlled by the Federal Government.

He said the protest was not just the expression of anger against police, but against a cruel system than cages majority of Nigerians, destroy and bury their lofty dreams and aspirations.

“Millions of people are hungry. They are frustrated and left to live a life of misery. The country was emerging from COVID-19 and the next thing is increase in fuel and electricity tariff. We have reports of people who earn N50,000 in a month and have to pay electricity bills of N25,000 in one month. Some earn N30,000 in a month and have a bill of N20,000 as electricity bill. A bag of rice is over N40,000. How can a country sustain her citizens whose minimum wage cannot buy a bag of rice?” Adams quipped.

He said the report from his economic team shows that the interest on savings has dropped to 1.5 percent, while interests on treasury bills have collapsed to 1 percent, unemployment rate soars saying that the development represents the death of the poor , middle class and firms, many of which are relocating from Nigeria.

“The fall in interest on savings means people cannot save their earnings. It means we are not encouraged to save for tomorrow. The error of judgment is that they want people to invest, but the environment for both long and short term returns are not there. This is complicated by loss of jobs by millions of Nigerians following the COVID-19 pandemic and the fall of many small scale businesses” Adams said.

He lamented that in the midst of the misery, the earnings of political actors remain intact adding that there may be more protests across the country unless radical changes are introduced to ameliorate the pains and pangs of the people.

“The right to protest is guaranteed by the constitution of Nigeria and supported by various United Nations, (UN) and African charter on peoples and human rights. Those in power today are products of protests by the people of this great country. Peaceful protest is the engine of democracy, it deepens democratic culture and provides the best alternative for the people to express themselves against policies of the government” Adams said.

He said for centuries, the people of Lagos have found treasure in the culture of peaceful protests which led to the end of colonial rule and that no government can take away the cherished tradition.

He said “Lagos is the hub of democracy in Nigeria. On this land, the heroes of our independence struggle walk on the streets against unjust colonial laws. They organized and mobilized the people for radical changes. In 1903 for instance, there were protests in Lagos against the introduction of water rate led by Obasa and Randle. The uprising was not repressed by soldiers neither did the colonial powers use force. Dialogue was the key instrument.

Adams warned against the violent suppression of peaceful protests. He recalled that throughout the 1900s, Lagos saw the flame of peaceful resistance against colonial rule and imperialism adding that not a single time were the people mauled down by foreign interests that ruled them. “Lagos witnessed killings of peaceful protesters only during the June 12 crisis by the military regime. It will be unfortunate to bring back ethos associated with military brutality more than 20 years after draconian leadership was overthrown by the people” Adams said.

Adams, however, called on the Federal Government to return the country to regionalism using the template of the existing six geo political zones or embrace the call for a referendum, whereby all the tribes that make up the country will come together, discuss and decide whether to come together as one united nation or each of the tribes go their separate ways.

He said the South West Governors responded in uncoordinated manner saying that the development has shown that Amotekun has not been fashioned to protect Yoruba territories and that it is obvious the Federal Government can never protect the South West.

Calling on the Federal government to work for the creating of state police, Adams said If the Lagos and South West states have had their own police and internal security, the assets would not have been burnt adding that the Yoruba people would have defended the historic assets with their blood and all their strength. 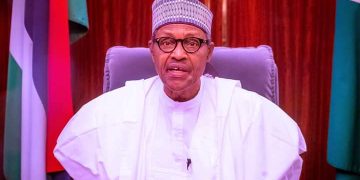