Emir of Kano, Lamido Sanusi Speaks on High Poverty Rate in the North 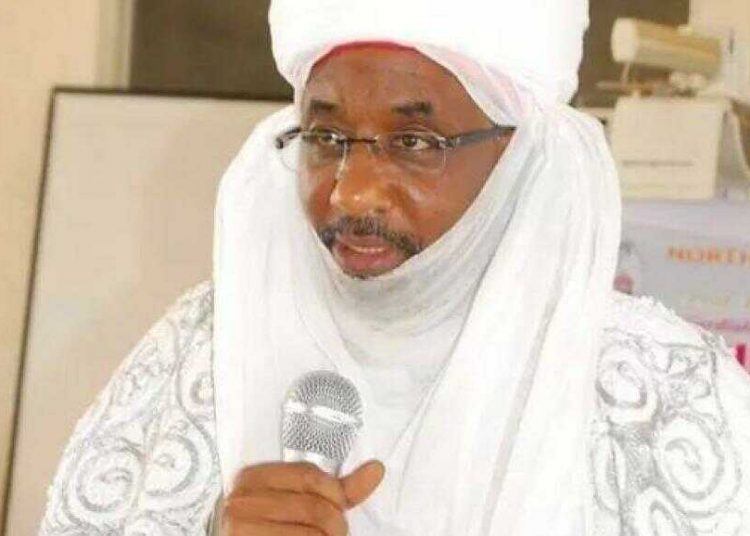 Emir of Kano, Mohammed Sanusi Lamido II has challenged northern leaders and elites to initiate and bring changes that will address the high level of ignorance and poverty bedevilling the region.

The Emir who spoke as Guest Speaker during the Convocation Lecture for the 6th, 7th, 8th and 9th combined Convocation ceremony of the Gombe State University (GSU), noted that ignorance and poverty ravaging the region must be addressed before making any headway.

Speaking on the topic, “The social reform project in Kano and the imperative of change in Northern Nigeria”, the outspoken Emir pointed out that one attitude the North needs to change is its perception or the poor attitude towards education.

After giving statistical data based on UN agencies and the National Bureau of Statistics on the North’s backwardness, especially the North-East and North-West, where the largest population of the country resides and where there is also the largest concentration of Muslims, the Emir stated that the region was backward in the areas of having the highest maternal, infant mortality rate, under-five deaths, lack of access to modern education employment among many others.

He regretted however that it is the system that has kept the region from attaining its full potential despite having large land mass, highest number of people and most divers, having abundant resources especially in Agric. “What led to the start of the project in Kano, we cannot have economic growth until we move into the grassroots and deal with the issues. Take the Northern Nigeria, 70 Percent of Nigeria’s landmass, highest number of people, grossly endowed with abundant natural resources, most diverse in many aspects but the poorest part of the world”.

The Emir also said, “In terms of lack of having access to modern education, employment, access to road networks, the region is lagging behind. These are numbers that we have and we can go on and on. The number of adolescent girls giving into early marriage, you will discover that the North-East and the North-West have the highest negative indices, and we are far, far behind than the rest of the world. One out of six out of school children in the world is in Nigeria and 70 percent could be from the north. Now, we cannot continue to be talking about marginalization when we need to address these issues”.