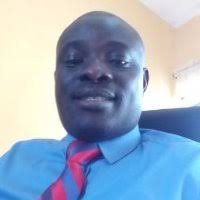 Oyo state Resident Electoral Commissioner, Barr. Mutiu Agboke win his remark shed more light on the shift in the date for Presidential and Gubernatorial election which was to hold on February 16 and March 2 respectively and have been rescheduled to the 23rd of February and 9th of March, 2019

He disclosed that “The mobilization of men and materials had actually commenced before the announcement was made by the chairman, Prof. Mahmood Yakubu.

But we have swiftly returned them to the CBN for safekeeping.”He added.

Also speaking at the meeting, The chairman of the Inter – Agency Consultative Committee on Election Security (ICCES) and the Oyo state Commisioner for Police. CP Shina Olukolu confirm the readiness and preparation of the security agencies in assuring a violence free, fair and credible election in the state.

Olukolu urge the electorate to vote responsibly and return to there various homes after exercising there franchise.

Speaking about the safety of Corp Members that will be presiding over the election, the State Coordinator of the National Youth Service Commission (NYSC) Mrs. Olufunke Ambekemo express his satisfaction on the assurance of the security agencies to make the Corp Member save before during and after the election. He also urge the electoral officers to make adequate directives for corp members to know there responsibilities on time.

Significantly, an allegation was made by the state secretary of the All Progressive Congress, Comrade Mojeed Olaoya that the electoral officer in charge of Ibarapa North/Central made a statement that the REC instructed him to work for one Hon. Muraina.