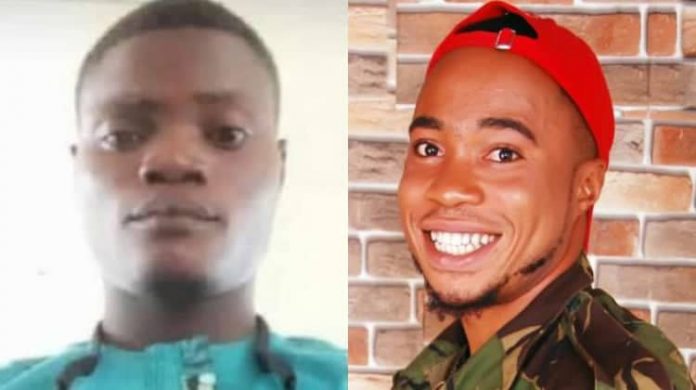 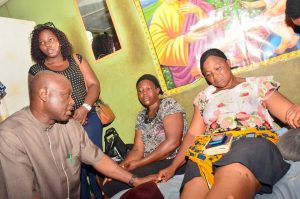 The Ekiti State government has commiserated with the families of Joseph Okunofua and Kehinde Dada, students of the Federal University, Oye Ekiti (FUOYE) who lost their lives during Tuesday’s protest in Oye-Ekiti. 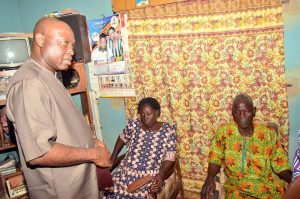 The delegation led by Hon. Oyebanji visited Mrs Esther Okunofua, mother of Joseph, who was a 300 level student of Biology Education in Ido -Ekiti and Mr and Mrs Adedayo Dada, parents of Kehinde Dada in Usi Ekiti.

Oyebanji said the visit was at the instance the State Governor, Dr Kayode Fayemi; who was saddened by the unfortunate incident, adding that the visit was to demonstrate that the state government share in their grief and to encourage them during the trying period.

The Commissioner for Women Affairs and Social Development, Chief (Mrs) Moji Fafure who also spoke with the parents in Yoruba language urged the parents of the deceased to take solace in the word of God as no amount of counselling can fill the vacuum created by the irreparable loss. She also prayed for the families.

“The Governor and his wife sent their condolence messages. They share in your grief over the unfortunate incident and they prayed that God in His mercies will not allow a reoccurrence. The loss is painful but it is our prayer that the Almighty God will keep your remaining children safe. Never again will you bury any of your children”, she said.

At the resident of the late Kehinde Dada, the deceased’s elder brother, Bankole Dada thanked the government delegation for sharing in their grief.