Ekiti State Governor, Dr Kayode Fayemi has disclosed that his administration has expended a sum of #3.9 Billion on monthly payment of pensions between October 2018 and June 2019.

He also stated that a total of N549 million has been paid till date to clear part of the pension arrears inherited from the immediate past administration of Mr Ayodele Fayose.

The governor made the disclosure in Ado-Ekiti on Wednesday while distributing cheques worth #100 Million as gratuity to 61 local government and primary schools retirees.

Dr. Fayemi said the steps taken towards clearing the backlog of gratuity is a testament to the desire of his administration to ensure that those who had spent their productive age in serving the State do not suffer after their retirement.

“It is a fact that outstanding gratuity debt profile is running to billions of naira, but it is my belief that a journey of one thousand miles starts with a step. Based on this premise, we are starting with the release of one hundred million naira (N100,000,000) for the offset of the outstanding gratuity. In spite of paucity of fund, I have mandated the quarterly release of fund for the payment of gratuity to retirees of Local Government and Primary Schools of Ekiti State”, he said.

While promising to alleviate the sufferings of the pensioners by making regular payment of their exit benefits a top priority, the governor stated that their entitlements would be paid within available resources.

Fayemi said his government is not unmindful of those who had passed on in the cause of waiting for their entitlements; saying this is regrettable.

“I urge the beneficiaries of this tranche of the payment to take advantage of the talks on financial prudence already shared with you and utilise the fund judiciously for a blissful retirement. I enjoin others to keep faith with our administration as we are poised to fulfil all our promises to the people of the State, and of utmost importance is your gratuity”, the governor said.

Earlier, the Commissioner for Local Government and Community Development, Prof. Adio Folayan had said that the event was a practical demonstration that Fayemi places priority attention on the welfare of retired senior citizens.

One of the beneficiaries, Madam Felicia Ojaomo thanked the governor for remembering the pensioners after years of abandonment.

She said Fayemi’s return is an answer to the prayers of the pensioners who had hoped for better days; adding that the distribution of cheques to them is a testimony that Fayemi has started fulfilling his campaign promises to pensioners. 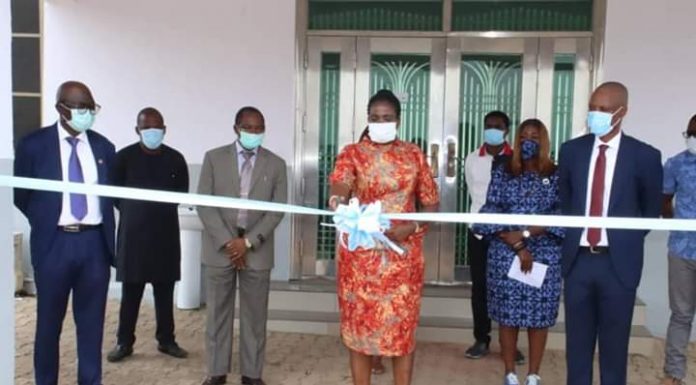 My administration Will Test True Federalism To Its Limit—Makinde

My experience With prostitutes at Redlight District, Amsterdam. By Wale Ojo Lanre