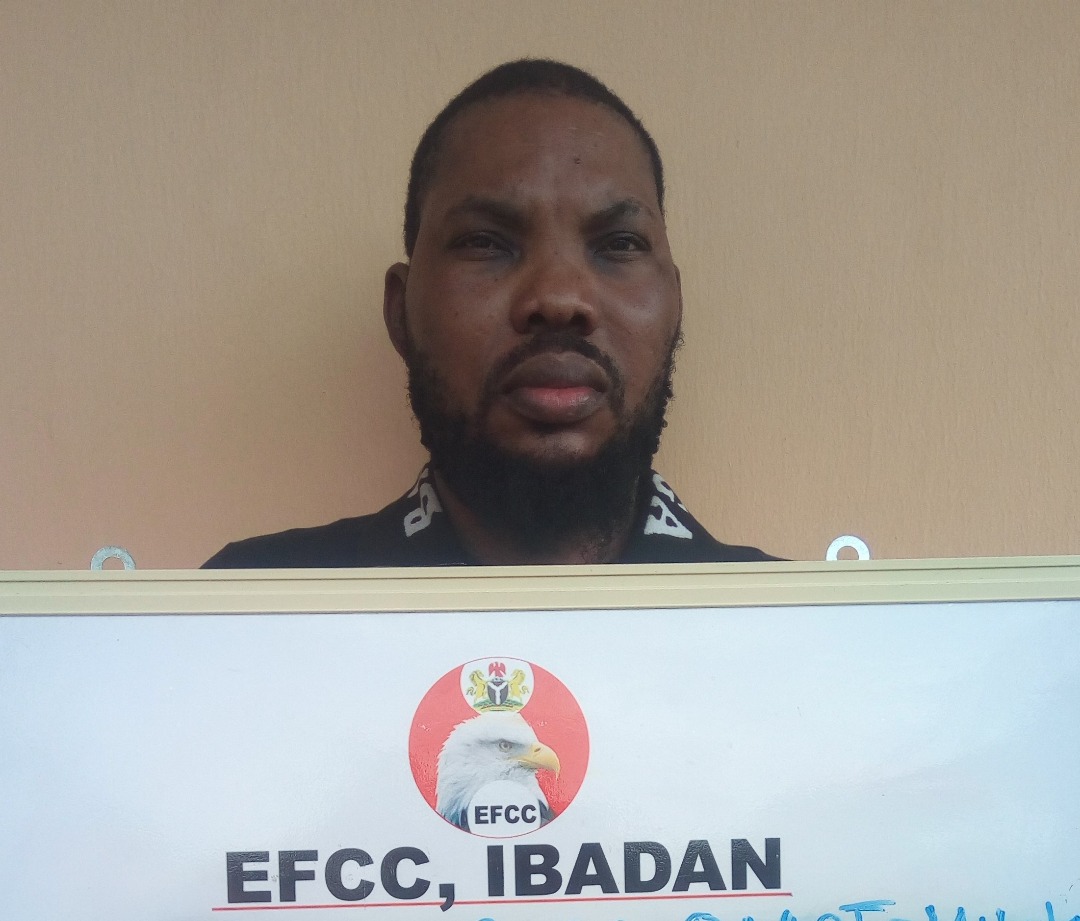 Oluwarore, who claimed to be a fashion designer, is standing trial before Justice P.I Ajoku of the Federal High Court 1, sitting in Ibadan, Oyo State.

The accused reportedly used different false representations online to defraud unsuspecting victims to the tune of thousands of United States Dollars.
One of the charges reads “That you Oluwarore Omotomiwa Timileyin (a.k.a Stephen Kimble, a.k.a Eldered Lola) sometime in March, 2019, at Ibadan, Oyo State, within the jurisdiction of this Honourable court, had in your possession, documents in your Google Account with email stephenkimble876@gmail.com containing false pretence and financial thereby committed an offence contrary to Sections 6 and 8(b) of the Advance Fee Fraud and other Fraud Related offences Act, 2006 and punishable under Section 1(3) of the same Act.”

Some of the charges, according to the charge sheet, are contrary to Section 1 (1) (a) and punishable under Section (1) (3) of the Advance Fee Fraud Act No. 14 of 2006.
Oluwarore, however, pleaded not guilty to all the charges.

Following the prosecution counsel’s prayer for a trial date on account of the accused person’s ‘not guilty’ plea, the court adjourned to May 27, 2019 for trial, and ordered that defendant be remanded in prison custody pending the determination of his case.