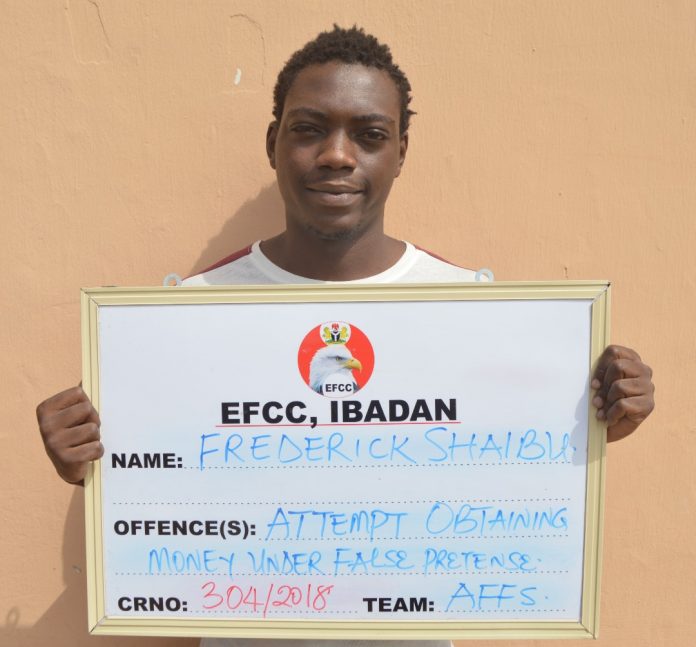 A graduate of Economics from a public university in Southwest Nigeria, Fredrick Shuaibu, was on Wednesday, April 10 sentenced to four months in prison for criminal impersonation.

He was convicted by Justice Watilat Ibrahim of a Federal High Court in Abeokuta, Ogun State in an amended one-count charge filed against him by the Economic and Financial Crimes Commission (EFCC), Ibadan zonal office.

According to the case file, Fredrick used the computer and internet network system to fraudulently impersonate one Kristen Polochak, a white female, via the email address KristenPolochak@gmail.com, using same to dupe one Jim Fletcher of a sum of $1000 USD (One Thousand United States of America Dollars).

The offence, according to the charge sheet was contrary to Section 22 (3) (b) and punishable under Section 22 (4) of the Cyber Crimes (Prohibition, Prevention Etc) Act, 2015.

Fredrick had earlier pleaded not guilty to a five-count charge originally filed against him on December 10, 2018. But the charges were dropped and replaced with an amended one count-charge when he opted for a plea bargain. He pleaded guilty to the new charge.

Due to the guilty plea, Mabas Mabur, EFCC’s counsel, prayed the court to convict him.

After considering the terms of the plea bargain, the presiding judge convicted and sentenced Fredrick to four months imprisonment with effect from the day of his arrest.

Before his arrest, the convict was said to awaiting the National Youth Service Corps (NYSC) mobilisation for the mandatory one-year national youth service after completing his four-year programme in the university.

The court has ordered that he restitutes to his victim the sum of $1000 USD (One Thousand United States of America Dollars).

He was also to forfeit to the Federal Government his Hp Laptop, one Macbook, One iphone 6 Mobile Phone, One Power Bank, Three MTN Sim Cards, being part of the benefits he derived from his fraudulent acts. 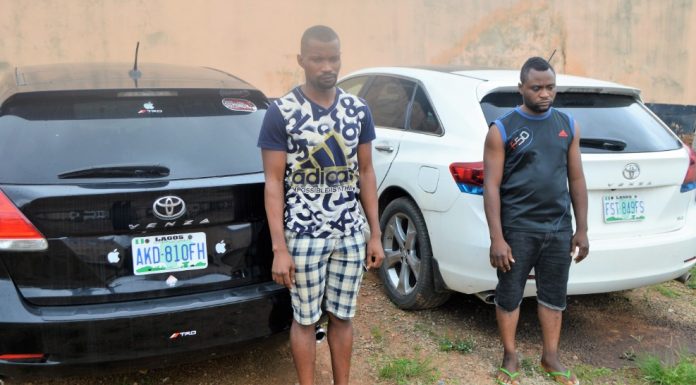 Nigerians in Belgium Demands Justice Over Murder of Bola Omotosho