According to a statement signed by the party secretary, Ayodeji Adigun  “SPN condemns in its entirety the demolition of shops and property worth millions of naira belonging to poor traders in Iwo road who are still struggling to survive in the midst of the current crisis of COVID-19 pandemic in the State especially when there was no prior provision of alternative means of livelihood or even compensation”

The statement reads further that “ SPN acknowledges that the construction of bus terminals particularly with features like restaurant, shops, café and ATM gallery is very important to a standard mass public transport system program. As a matter of fact, it is even long overdue for such development in Ibadan, the Oyo State Capital as well as other cities like Oyo, Ogbomosho, Saki among others across the State. This is because aside the fact that it will help to beautify the State, it also has the potential to help alleviate the various cases of security challenges that characterise our bus stops owing to the chaotic manner they are currently set across the State.

In another development SPN  equally condemn the use of contract system for the execution of this project and the way and manner the Engr Seyi Makinde led Government announced the contract approval without a public declaration of the exact contract sum involved.

“This kind of secretive approach to public projects is worrisome as it gives room to corrupt and sharp practices which include but not limited to undue figure manipulations. It also raises a huge suspicion that the fundamental motive behind the approval of this contract is not actually to serve the working and the poor masses of people in Oyo State but primarily for the self-serving interest of the pro-capitalist politicians and their acolytes who usually masquerade as contractors.”

Whiile demanding for transparency in the award of contracts SPN challenge  Engr Seyi Makinde-led government to openly declare the exact amount that will be required to execute the construction of each of the four bus terminals , insist that the modality for the execution of the project must be through a public work programme by Ministry of works that is equipped with adequate machineries and man power and under a democratic control of elected representatives of the rank and file of workers in the Ministry and the working people in the various communities where this project is proposed to be sited. 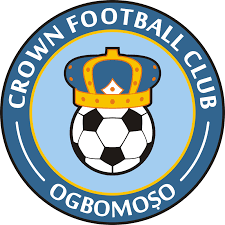