In a bid to have a compactly formidable team that will give the team the needed mandated results, Crown Football Club of Ogbomoso have announced Monday 2nd September,2019, as the resumption date for adequate preparation ahead of the 2019/2020 Nigeria National League (NNL) Season .

The retained twenty (20) players have been communicated to resume at the chosen date as training will commence immediately.

Meanwhile, the contracts of the Head Coach Oladuni Oyekale and his direct Assistant Seyi Abidemi whose contracts expired at the end of the 2018/2019 football season could not renewed.
Oyekale rejoined the team after the exit of Coach Fatai Osho while Coach Abidemi was brought in later and spent two Seasons.

In a  press statement signed by the team’s Media officer Tunji Alabi the Management appreciates the efforts of the duo and described their stay at Ogbomoso as eventful and praised their contributions to the club during their stints. The Club wishes them success in their future endeavors. The letter read.

However , Substantive coaches are billed to be announced ahead of September 2nd resumption date .

This is in line with Re-engineering Agenda of the current Administration for Proper preparation prevents poor performances and springs results orientation.

The Team promises to justify the huge confidence reposed in the Management by the Sports-loving Administration of Governor ‘Seyi Makinde. 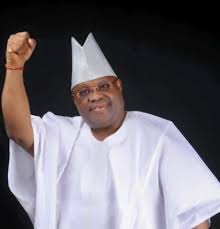 I pray for the peace of Nigeria, Pope Francis tells Speaker Dogara