Mr Ademola Babalola, the Chairman, Nigeria Union of Journalists (NUJ), Oyo State Council has commended some prominent personalities in the state for extending their support to the union at this pandemic season.

He gave the commendation on Friday while receiving some of the items at the NUJ press centre in Ibadan.

The NUJ Chairman also commended the Academic Staff Union of Universities(ASUU), University of Ibadan Chapter for donating hand sanitizers to the union.

Babalola said that the support would go a long way in cushioning the economic effect of the COVID-19 global pandemic on some vulnerable members of the union.

He commended the personalities for considering them for the support, promising that members would continue to discharge their duties diligently.

The NUJ chairman prayed that God would salvage the nation and the world at large from the deadly virus.

It would be recalled  that the above-mentioned personalities had in the last few weeks been distributing same palliatives to vulnerable people across the state. 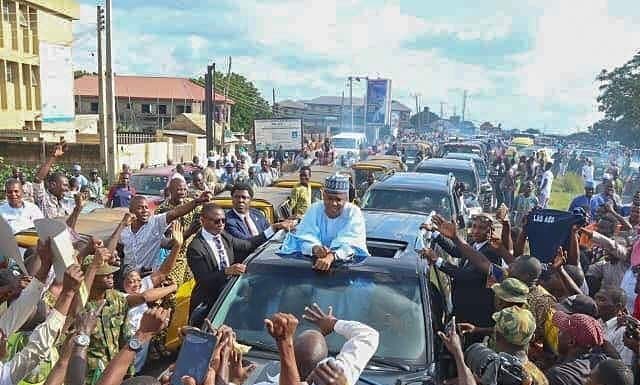 The Key Behind Political Defections in Nigeria is Survival – Buhari