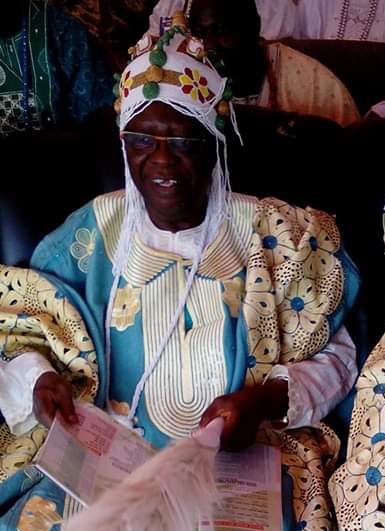 63
SHARES
397
VIEWS
Share on FacebookShare on TwitterShare on WhatsApp

The Akire of Ikireland in Irewole Local Government Area of Osun State, Oba Olatunde Falabi has lost in his bid to remain on the throne as the State High Court affirmed his dethronement.

The legal battle over the Obaship tussle in Ikire started in 1993 when Oba Falabi was installed as Akire.

One of the contenders for the throne then, Prince Tajudeen Olarewaju of Aketula ruling House filed a suit against the installation of the monarch.

The matter dragged up to the Supreme Court and in 2014, the apex court in Nigeria faulted the installation of Falabi as Akire and declared that Tajudeen was entitled to the throne.

After the Supreme Court verdict, the state government attempted to evict Falabi from the palace so as to install Tajudeen as new Akire but the embattled monarch and his legal team picked hole in the Supreme court judgement and ran to the State High Court, claiming that Supreme Court did not specifically order Falabi to vacate the palace.

Oba Falabi told the high court that the then Governor of the state, Mr Rauf Aregbesola invited him to Osogbo in the presence of Attorney General and Commissioner for Justice as well as the Commissioner for Chieftaincy Affairs on the 15 of April, 2014, notifying him of his dethronement by the Supreme Court.

Oba Falabi sought declarative reliefs restraining the state government from removing him as Akire of Ikire.

Delivering judgement on the case Monday, Justice A. B. AbdulKareem held that Falabi has no legal right to occupy the seat of Akire of Ikire.

The judge further held that Tajudeen is entitled to the throne as Akire of Ikire not Falabi.

Speaking, the counsel to Oba Falabi, Mr Habib Giwa, said going by the interpretation of the judgment, the monarch still remained the Akire of Ikireland.

The Defense counsel, Mr Wale Olutayo said the court has ruled that the nomination and selection of Oba Falabi was not in conformity with Ikire Chieftaincy declaration.

Niger Govt. Partners With Home Funds to Provide 1,200 Houses in The State