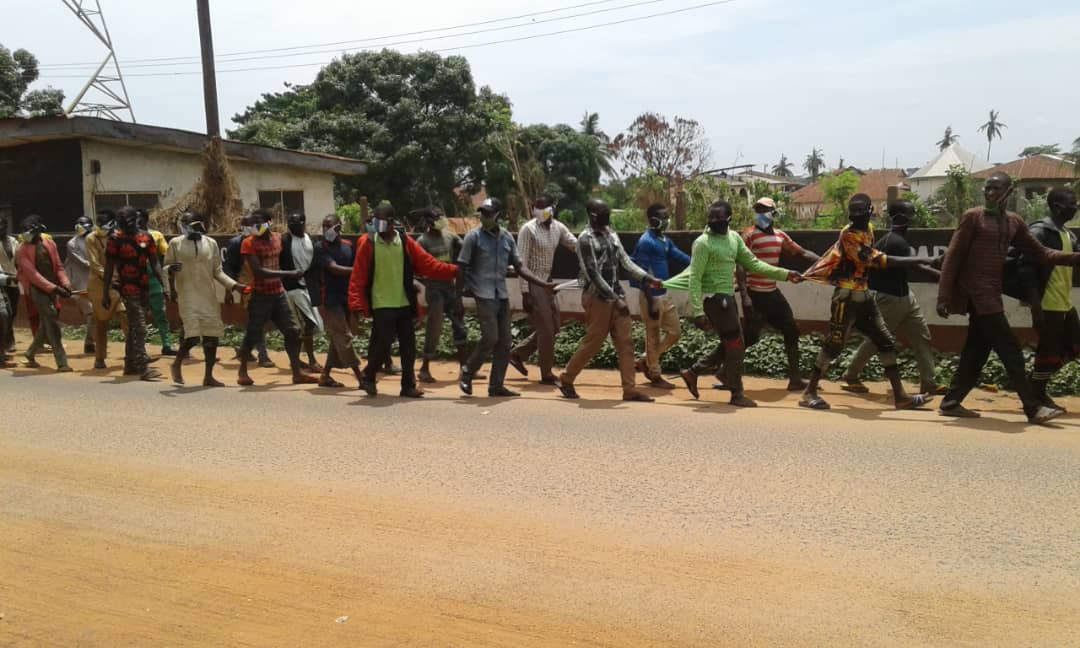 Men of the Nigeria Security and Civil Defence Corps, NSCDC, have intercepted 70 northerners in Ogbomoso in the early hours of Wednesday.

This is despite warning that non-residents should enter the state due to the raging coronavirus pandemic.

A residents of Ogbomoso said the vehicle conveying them was intercepted around High School , Ogbomoso- Oyo road at 2:am

Adisa said that that the travelers, who were to be dropped in batches in Ibadan, Sagamu and Lagos are from Kano, Kaduna, Katsina and Zamfara states.