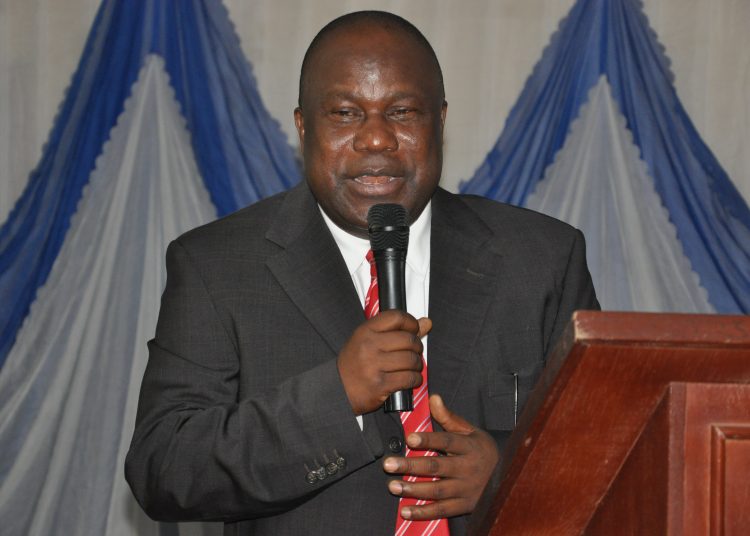 Chairman, Senate Committee on ICT and Cybercrime, Senator Abdulfatai Buhari  said he is the most competent  person to succeed  Senator Ajimobi as the governor of Oyo state in 2019.

The Senator while responding to questions from journalists at a program  aired on  private radio station  in Ibadan , Oyo state capital on Saturday said ‘ if  yardstick for selecting Gov. Ajimobi’s successor in 2019 is competency and experience ,he is the most competent

According to him, ‘ Governor Ajimobi has raised the bar of governance in the state, he should be succeeded by a competent person who will move the state forward to a better place and I am the best man for the Job.”

Buhari , a Ph.D holder in political science had in October 2017 visited the All Progressives Congress  APC, state secretariat to declare his intent to contest for governor of the state in 2019 and also pleaded for a level playing ground for all the aspirant in the race.

The former commissioner for local government and chieftaintaincy matter said further, “apart from having an experience at both state and Federal level, I also have a program and action plans that will be all encompassing and beneficial.

‘In politics the first thing is to make people happy, they must not regret the day they voted for you’

“Nobody will assess you base on salary payment alone, I will  put in place a mechanism  that will enhance generation of  more revenue in such a way that it will not affect  the people and the money will be use  for provision of basic amenities, infrastructural developments , education , peoples welfare and other things that will make life easy for people  ’

The former Adviser to Senator Ajimobi on water Resources who was adjudged as the best Senator ever produced in Oyo state also promised to assist the youths who are interested in Agriculture and other trade to secure loan from Bank of Industry and other sources so that they can have enough fund to do their farming business and reduce unemployment rate in the state”.

While debunking the  reports that his Senatorial ticket has been traded off by the governor , Buhari said “ I discuss a lot with my boss and I am sure he has not  for once told me he has given the senatorial ticket to anybody, but I am contesting for governor not senate In 2019.”

Speaking on the development in the All Progressives Congress, the Federal lawmaker said the National Leader of the Party Asiwaju Bola Ahmed Tinubu  is  trying his best in bringing the party together and he express optimism that APC  that Apc will win 2019.