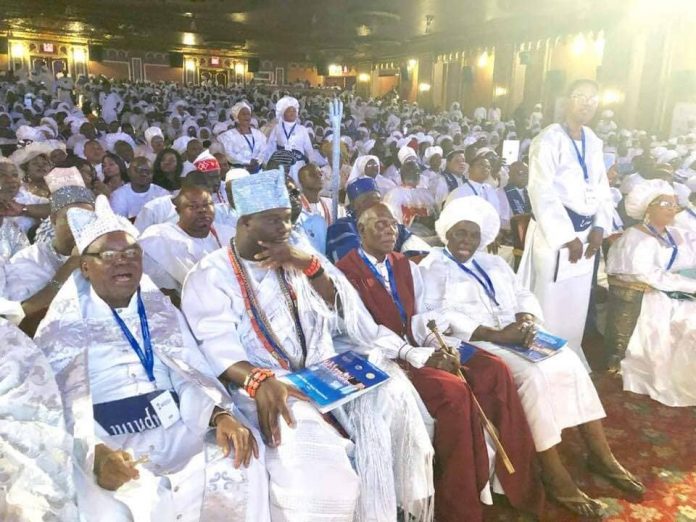 The Arole Oodua & Ooni of Ife, Ooni Adeyeye Enitan Ogunwusi, Ojaja II and former president of the Federal Republic of Nigeria, Chief Olusegun Obasanjo were among the dignitaries that graced the occassion of this year’s edition of CELEBRATE THE COMFORTER, organized by the world famous Reverend Mother Esther Ajayi of the UK based Love of Christ Church(LOC).

While speaking as the Royal Father of The Day, Ooni Ogunwusi regarded as the father of Yoruba race worldwide charged Christians to emulate Reverend Mother Ajayi by living in peace, loving one another and exetending hands of gererousity to the poor people in the society, saying the Revernd mother greatly epitomises love, peace and generosity.

“God wants us to love others the way we love ourselves. Are you all doing this as christians?

This great woman of God is undoubtedly an embodiment of love, peace and uncommon generosity who carries herself with unequalled simplicity and humility. Are you also emulating her? You must do so if you are true christians because these are virtues money can never buy and this is what Jesus Christ also symbolizes.” Ooni said.

The African foremost monarch described the annual event “Celebrate The Comforter” as a God’s project saying God himself is the Chief Comforter who is always happy with anyone that selflessly commits his or her resources to helping other people, especially the poors.

“This programme “Comforter” is all about love and God because God is love and he is the greatest comforter.

“God owns our lives, he is the only king of kings, he enthrones and dethrones kings, the best way to serve God is to use the comfort he has given us for the comfort of others. I believe this is what this event stands for and this is what Reverend Esther Ajayi stands for.” Ooni added.

ALSO READ  How to Support Female Entrepreneurs in Nigeria

Also in his speech, former president Obasanjo who was during the event named “Generalisimo”.of white garment churches admonished church members of C & S and Celestial churches to “celebrate the comforter” by making themselves blessings to the mankind in emulation of Reverend Mother Ajayi.

“We must praise, and we must be steadfast in thanksgivings and prayer. As a matter of fact, you must become blessings to humanity because if your lives are not blessings to others, then we are not celebrating the comforter.

“This is what Reverend mother Ajayi is doing, this our job, this our responsibility and this is the way we must live as children of God as we are here celebrating the comforter.” Obasanjo charged.

Fondly called “Iya Adura”, Reverend Mother Esther Ajayi gave a brief history of white garment church as a unique one pioneered with the creation of Cherubim Seraphim Church in 1925 by St. Moses Orimolade
followed in the same path by the Celestial Church of Christ founded by Rev J.B. Oshoffa in 1947 saying the two churches are spiritually and identically intertwined in all areas of their whorship and message of salvation as thaught by Jesus Christ.

Accompanied by her husband, Pastor Muyiwa Ajayi, Iya Adura attributed the decline in the membership of the white garment church family to the agelong disunity that has persisted among the leaders which must be put to an end for the white garment denomination to take its rightful place within the christiandom.

“There have been evident disunity in purpose and accord within the rank and files of the leaders and followers affecting the image of the church. Good to note that, the message of truth in Christ remains constant all through many years and till date.

“In White Garment church over the years, there have been divisions and factions within the two denominations and this has caused negative impression to people in the global society especially as this inders our ability to attract new worshippers especially the youths.” Iya Adura lamented.

Rev. Mother Ajayi explained that she has concieved the idea of “Celebrate the Comforter” to serve as a unification platform for white garment churches as confimed by oher leaders of the churches with a view to bringing them together as one big family in the service of God and humanity through Jesus Christ.

“I hereby call for unity to reign in our midst shaping our destiny in Christ through our white garment church. All hands must be on deck for unity, growth of the church and importantly our ability to retain members especially youths through quality word of God teachings, good role modelling, mentorship, bible study to equip members more ready for the works of salvation through revival like this, evangelism and deliverance of oppressed and the sick while advancing kingdom of God with transitional way of worship rather than solely traditional way.

I on this note greet you all in the name ofJesus Christ.who is the owner of this program called “Celebrate the Comforter”(New York) by God’s revelation. I beseech you with the love of God to let us come and pray together as instructed by our Lord. In John 17:21, for Jesus Christ encourages us to be one in God.” She added

The founder of Esher Ajayi Foundation Worldwide concluded her speech by pleading with the American government to always be immigrants friendly through their immigration policy.

“I congratulate President Donald Trump on his election as the US President. God has made him for the office, we must therefore pray for him to succeed. The book of Psalm 122:6 informs us that, “Pray for the peace of Jerusalem: they shall prosper that love thee.” I appreciate the Department of Immigration and Homeland Security for granting visas to about hundred of our guests from different countries to attend this program. We will not abuse this opportunity because it is a privilege. I pray that God will continue to support them the country. Amen.
I also urge all immigrants to be law-abiding and continue to seek the peace of this country for the benefit of all”
Iya Adura prayed.

The maidden eddition of “Comforter” held on 29th July 2017 in London attended by 3,000 worshippers from around the world while the 3rd edition has been slated for July 27th 2019 at Tafawa Balewa Square in Lagos, Nigeria by God’s grace expected to be attended 20,000 participants.

Some of the notable Yoruba traditional rulers sighted are Ajero of Ijero-Ekiti, Olugbon of Orile-Igbon and wife, Elerinmo of Erinmo-Ijesa, Onigbaye of Igbaye, Alaagba of Aagba, Olofin of Ado-Odo, Alaraoodaye of Ara-Ife and Akeran Onimoba of Moba. while other celebrities at the event include Evangelist Ebenezer Obey, Tina Weisinger and Amber Washington of HAPA Afro-Hollywood from Los angeles CA, Afro Juju mestro, Sir Sina Peters, Dele Taiwo, Prince Jide Kosoko, Gbenga Adewusi of Bayowa Films, Evangelist Bisi Alawiye-Aluko, the Ace singer, Lanre Teriba, the popular Osinachi Joseph of Believers’ Loveworld and a host of others. 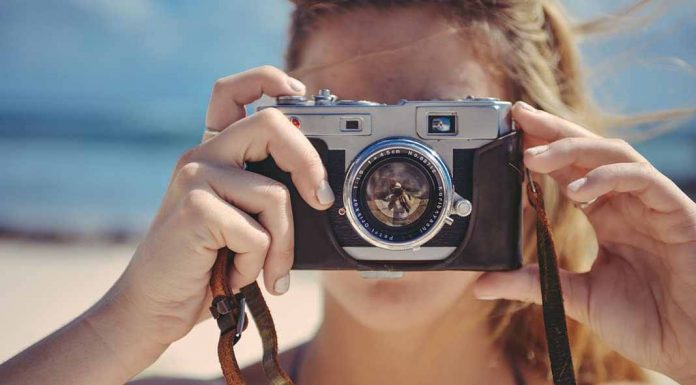