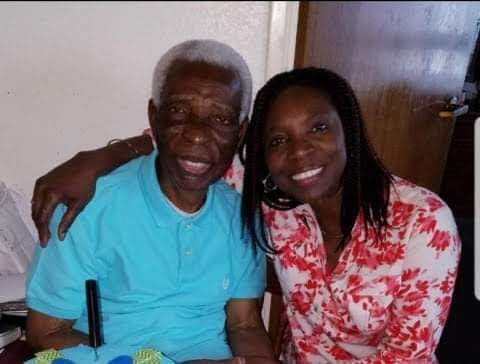 9
SHARES
4
VIEWS
Share on FacebookShare on TwitterShare on WhatsApp

A Legend @ 94. The pioneering principal of Anglican Grammar School, Sabo, Ogbomoso ( 1976 – 1984), Cheif B A Oke clocks 94 recently. B A Oke was a U K trained educationist. He hailed from Oola beside Ejigbo, Osun state but lived most of his adult life in Ogbomoso.

His contemporary in Ogbomoso in his days as principals were Rev’d Faminu, the Igbajo born Soun High School principal, Chief Gesinde of Ogbomoso Grammar School, Chief SA Adetutu, Ogbomoso High School, Chief Beyioku, Baptist High School the two were junior to previous two among many others which due to fading memory or space, I could not mention. Oke served as a principal when teaching profession at all levels was valued and professionals were respected.

He instilled discipline in his students and testimony of his accomplishments are his former students making waves in different fields of human endeavors today in Nigeria and abroad and the cynosure of all eyes AGSO is.

He canned us when necessary and patted us when occasions demanded. He thought us brave and impacted in us secular and religious education. He made the use of Songs of Praise (S O P),. a must on the assembly and taught us many songs all in order to build us intellectually and otherwise.

During the annual graduation ceremonies, he used to invite university professors and doctors as lecturers unknown to us until some of us gained admission and met some of the lecturers as lecturers. In a nutshell, B A Oke nurtured Anglican Grammar school from the scratches and his successors, especially, P A G A Oladotun who came in 1984 built on the foundation laid by Oke and the S

CHOOL has been the first choice for parents in quest of sound education for their wards. The only bus bought by the school till date was bought during his era. All student contributed to the appeal fund for the bus. It was bought at Alata motors, Aroje via Ogbomoso at #8,888.00. The shool hall which has just been renovated by the Old students and ably supported by an icon, a philantrophist, Sakiru Duara, all enduring classrooms, surviving trees and flowers in the school compound, the parameter fencing, the gate though old and worn out, all were his handiwork. This is not to indict the succeeding principals who contributed their own quota but to give honour to whom it is due.

As oga Oke,as we used to call him, despite being age mate of our fathers, is savouring the joy of a long life of impactation on humanity, i doff my hat for him for setting the foot of many of us Old Anglican on the path of progress and light, for which he will be remembered, and for nurturing the SCHOOl to an enviable hight to stand tall among her peers nation wide. I pray the remaining days of your life will be spent in sound health and satisfaction. Long life and prosperity.

Reasons Why Oyo Deputy Governor, Others were Denied Access Into Ajimobi’ House for Fidau Prayer