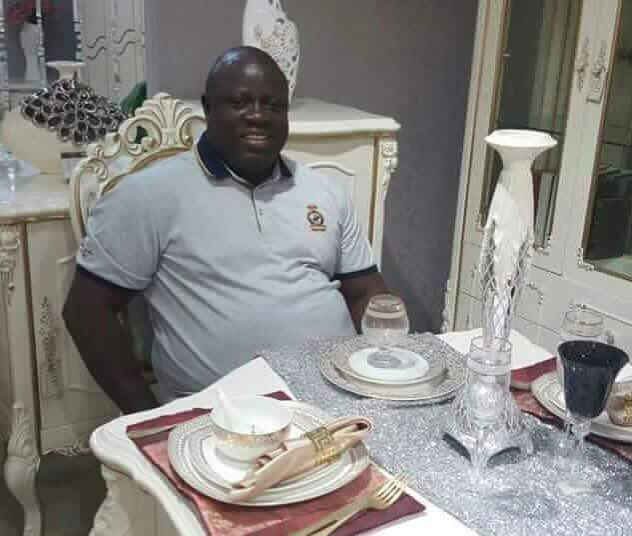 The claims that Kamorudeen Lamina, the Lagos based Socialite  who was arrested by the Lagos State Land Grabbing Task Force on the allegation that he is a notorious Omo onile kingpin terrorizing the people of Ikorodu have been refuted by his close aide

Alhaji Dauda Asikolaye who is a Manager in his Company OmoLamina Global Venture in Lagos told journalists that   “Sir K Oluwo is innocent of the allegation, he is being wrongfully detained, time will tell.”

Narrating what led to the arrest, Asikolaye said  Sir K, bought the land in question 12 years ago. “The land was 50 Acres that he bought from Ifegbuwa Family through his company Omolamina Global Ventures which is into Estate management and property development and later  bought another 5 Acres of land making the total land acquired legitimately from the family 55 Acres.

“He took possession  of the land and was working on site when one Ibrahim came with some family members of same Ifegbuwa Descendants claiming that the party that sold the land to him did not carry them along. The said Ibrahim wrote a petition to the Inspector General of Police office where all parties where invited to Abuja”

“ Former President Obasanjo intervened in the matter, we had a reconciliation meeting in his house and a new agreement was drawn where the two divided family agreed to share the whole land at 60-40”.

He said further that “The warring family members came together and issued Sir K a new agreement without any clash on Ibrahim’s portion of the land. It came as a surprise that Ibrahim wrote a petition to the Lagos Task Force on Land Grabbing 2 months ago. On invitation, Sir K was at the Task Force office, but Ibrahim was nowhere to be found, it was later agreed with the Task Force that all interested parties be invited to come for a meeting for fact finding yesterday which Sir K Honours. It is therefore strange that the Task Force officials arrested Sir K and the Ifegbuwa Family on the strength of lies allegedly cooked up by Ibrahim.”
He maintained his  boss arrest was handiwork of those who want him out of circulation because of his generosity he concluded.
Otunba Kamorudeen Lamina is a Socialite and  Chairman of many investments. A lot of people can testify to this,  I believe he will be vindicated