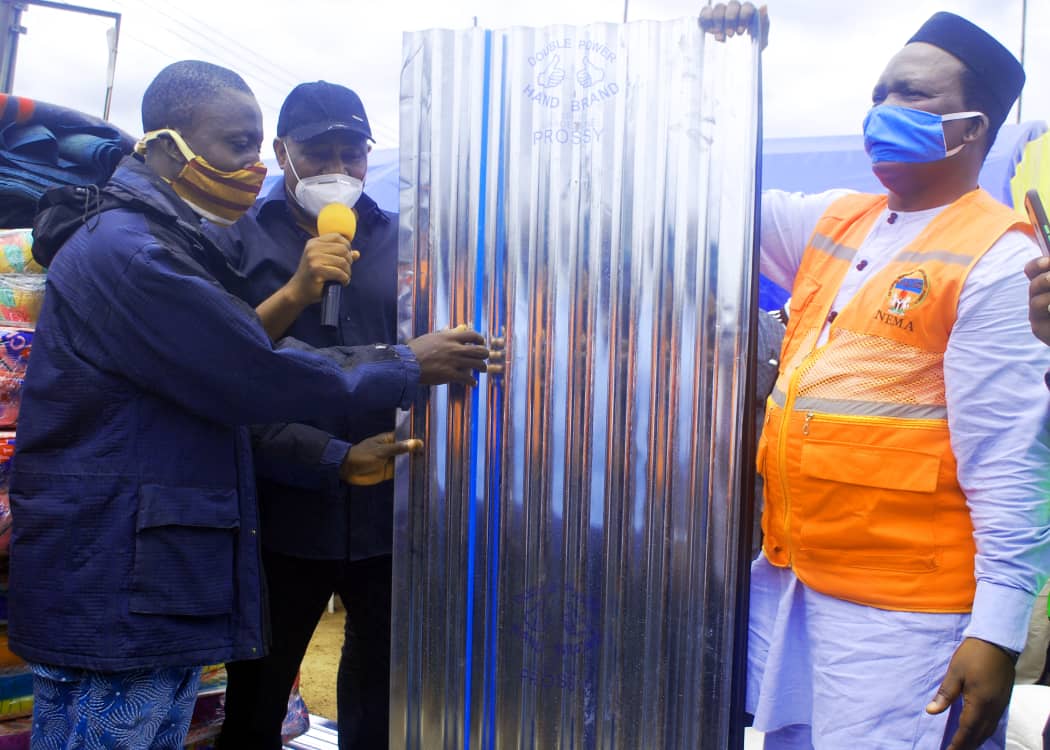 Odebunmi who is also the Chairman House Committee on Information National Orientation Ethics and Values while presenting the items said the distribution is not based on political affiliation.

“Politicking has gone , irrespective of your political party,tribe and religion, anybody affected by the rainstorm will benefit from the relief materials”

The All Progressives Congress chieftain also used the opportunity to commend President Buhari, National Assembly , NEMA and Security officials which includes the Nigeria Army, Nigeria Police Force,DSS ,Civil defense and all others for coming to their aid in ensuring these materials are delivered and distributed on time at this critical period.

Hon Odebunm had earlier foot hospital bills and cash donations to some of the victims of rainstorm which ravaged some communities in Surulere and Ogo Oluwa Federal Constituency.

Lugard Bijimi, Zonal coordinator NEMA southwest who represented DG NEMA explained that during the inspection after the havoc , it was discovered that buildings were badly affected due to non-availability of trees which should serve as wind breaker in the surrounding.

Mr Adebayo a beneficiary from Gambari told National Insight that this is awesome, and we appreciate our lawmaker for facilitating this, he supported us immediately the incident happened and after which he facilitate this, we are grateful, this gesture will help us in reconstruction of our damaged properties and others.