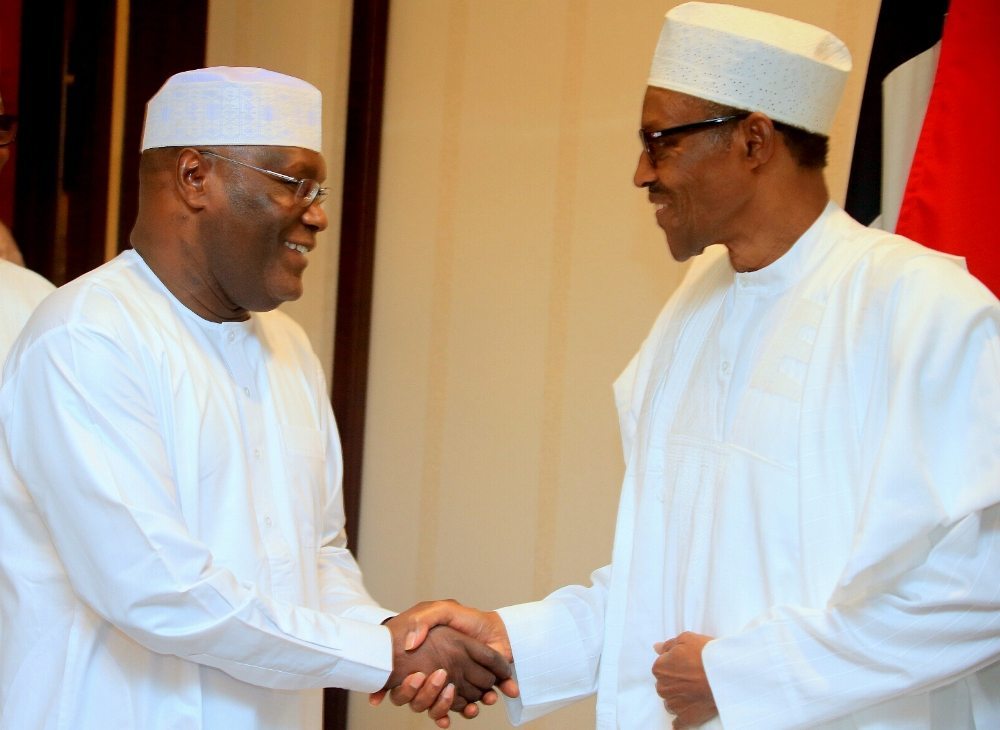 36
SHARES
323
VIEWS
Share on FacebookShare on TwitterShare on WhatsApp

President Muhammadu Buhari in a statement thanks the people of Nigeria for the mandate they gave to him to run the affairs of the country for another four years.

“ Buhari in a statement signed by Garba Sheu, said “The Government – and people of Nigeria – have been aware that the result of the February 23, 2019, presidential election has been settled now for some eight months.

“The former Vice President and his political party exercised their rights, under the Nigerian Constitution and electoral laws, to petition the courts and dispute this result.

‘‘They did so first at the Presidential Election Petition Tribunal which ruled in September 2019 against them. Now – following his appeal to the Supreme Court and its ruling to dismiss their case for “lacking merit” – this matter is now closed.

“The President and Government of Nigeria do wish to extend our gratitude to former vice-president and his party for undertaking their campaign through protestations to the courts.

‘‘In this regard they have conducted themselves in line with the laws of the country they sought to lead.

“Now, following this final legal bid before the highest court, it is time the country is afforded the right to move on – in the interest of all Nigerians – regardless of how they voted.

“The elected President, and his Government now must be enabled to focus solely on addressing the issues that concern the country.

‘‘From building economic empowerment and opportunities for the nearly 200 million Nigerians, 60 percent of whom are youths bubbling with energy, to defeating the twin ills of terrorism and corruption, there is much work to do.

“So too must the opposition be afforded the right to focus directly on their vital role of holding the administration to account for its decisions.

‘‘The governance of a democracy only functions as it should when those checks on the executive are in place – and utilized.

“The opposition, as much as the government, must now move on – and without the need for further distractions”.

I thank all Nigerians who have stayed the course since the commencement of trial in the petition on the February 23 presidential election.

The judgement is part of democratic challenges we must face as a nation.

The Nigerian judiciary, just like every estate of our realm, has been sabotaged and undermined by an overreaching and dictatorial cabal, who have undone almost all the democratic progress the Peoples Democratic Party and its administrations nurtured for sixteen years, up until 2015.

Can Nigeria continue like this? Recently, former United States Assistant Secretary of State for Africa, Linda Thomas-Greenfield, averred that Nigeria had rolled back the democratic gains she made in 2015. When democracy is rolled back, the economy, the society and the judiciary will not be far behind. Today, the nail has been put on the coffin and the gains we collectively made since 1999 are evaporating, and a requiem is at hand.

In a democracy, you need a strong judiciary, a free press and an impartial electoral umpire. Nigeria has none of those three elements as at today.

One man, one woman, one youth, one vote, should be the only way to make gains in a democracy. And when that is thwarted, the clock starts to tick.

Two and a half millennia ago, Sophocles said “If we are to keep our democracy, there must be one commandment: “Thou shalt not ration justice.” Nigeria will do well to observe this warning.

To those who think they have broken my spirit, I am sorry to disappoint you. I am too focused on Nigeria to think about myself. I gave up that luxury twenty years ago. The question is not if I am broken. The question is if Nigeria is whole?

This is not a time for too many words. It will suffice for me to remind Nigeria of this – we are an independent nation and we are the architects of our fate. If we do not build a free Nigeria, we may end up destroying her, and God forbid that that should be the case.