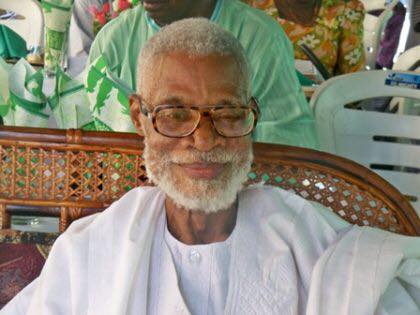 President Muhammadu Buhari and Governor Abiola Ajimobi of Oyo state  have mourned with the family, friends and government of Oyo State on the passing away of the renowned author, playwright and literary icon, Professor Akinwumi Ishola on Saturday morning.

According to Femi Adesina, Special Adviser to the President (Media and Publicity), in Abuja on Saturday, the president said the literary world will surely miss the cultural activist whose steadfastness and dedication to the promotion of the native language as a means of sustaining the culture and tradition of Africans is worth emulating.

Buhari noted that the love of the departed academician for the Yoruba language was never in doubt as he exhibited this through all his published works and speeches even as a student and throughout his academic life.

He called on other academicians to follow the sterling qualities of the National Merit Award Winner and Fellow of the Nigerian Academy of Letters who was more focused on the development and transformation of minds as opposed to material gains.

The President prayed that Almighty God will grant the soul of the Professor Ishola eternal rest.

Oyo State Governor, Senator Abiola Ajimobi, has described the death of the renowned playwright and literary giant, Prof. Akinwunmi Isola, as a colossal loss not only to his immediate family but to Oyo state, the Yoruba race and the world at large.

The governor, in a statement by his Special Adviser, Communication and Strategy, Mr. Yomi Layinka, on Saturday, said that he received the news of the death of the Ibadan-born culture ambassador and progenitor of Yoruba literature with disbelief and utter shock.

By his death, the governor said that the state had lost a venerated son of the soil, who devoted his life to the promotion of Yoruba culture through his creative works and huge contributions to the global body of knowledge.

As a student at the University of Ibadan, Isola wrote ‘Efunsetan Aniwura,’ a play the governor said had remained a timeless piece in teaching lessons on abuse of power and retribution, while he said that his epic novel, ‘O leku,’ was also evergreen.

Quoting from William Shakespeare’s book, ‘As You Like it,’ the governor said that the world was a stage, where he said Isola had played his part meritoriously and had gloriously exited to be with his maker.

Ajimobi said, “The late Prof. Ishola was also a blessing to his Alma Mata, Wesley College, Ibadan, because he composed the school anthem, which is still in use till date.

“He was a man of many parts. Not only was he a prolific writer, but he was also a talented actor and astute broadcaster who churned out many plays, drama series and box office films.

“Prof Akinwumi Isola was an unabashed believer in the promotion of the Yoruba language, which he once demonstrated by being the first person to deliver a university convocation lecture in Yoruba at the Adekunle Ajasin University, Akungba-Akoko, Ondo State, which was very unconventional.

“But, in the words of William Shakespeare ‘All the world’s a stage, And all the men and women merely players;

They have their exits and their entrances; And one man in his time plays many parts.’ Baba has played his parts and he has exited gloriously. A ku ara fe ra ku.”

The governor sympathised with the family of the late icon, whom he eulogized as a worthy son of Ibadanland, and prayed that the Lord would grant his soul a peaceful rest and his family, as well as the creative and literary communities, the fortitude to bear the irreplaceable loss. 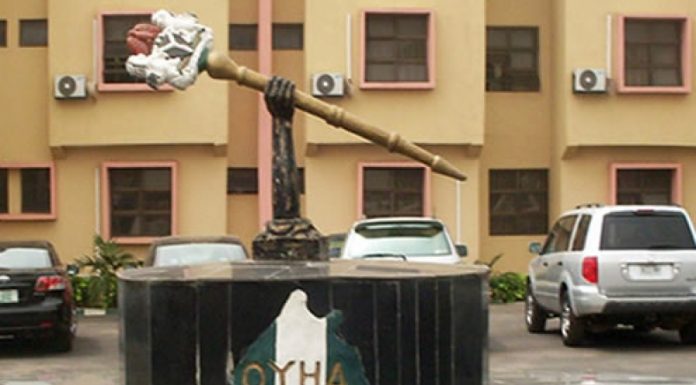