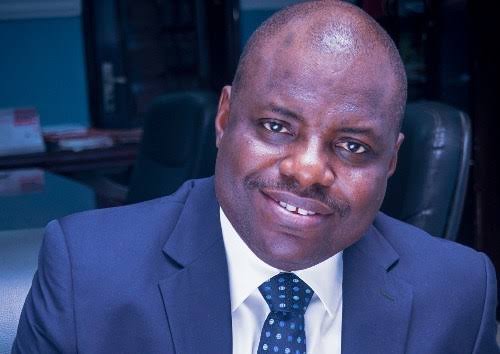 Former Commissioner for Local Government and Chieftaincy in Oyo state, Hon. Bimbo Kolade has call on Party members of the All Progressive Congress (APC) to overlook their past misunderstanding so as to promote unity, progress and coercion in the party.

Bimbo Kolade, Who currently serve as a Commissioner in the Federal Character Commission made this plead while addressing newsmen at the Opening ceremony of the 50th Conference of the National Institute of Town Planners held in Ibadan, Oyo State capital on Tuesday.

Kolade also commend the mission of the Party leaders, both at the state and federal level toward reuniting and reconciling the fled factions of the great party.

“We are bound to fight among ourselves, but settle and reunite again, only a bastard don’t get angry, but to fight and not reconcile is very bad. What has happened has happened.

I commend the APC party leaders at the state and federal level for their mission to bringing us back together.

Very soon expect a united one body APC in Oyo state, ready to take over in 2023″.

Speaking about his political role and national issue, Bimbo Kolade applauded President Muhammadu Buhari for the good work he has embarked on since he became the President.

He revealed that the mission of the president is focus to lift Hundred million Nigerians away from poverty withing the next ten years.

He added that the Revenue Mobilization, Allocation and Fiscal Commission agency where he serves is saddled with the responsibility to look into ways of which Nigeria can expand and generate more income locally, and on export duties.

He further noted their plans to diversify the country’s economy from the highly concentrated Oil Revenue, to Solid Mineral and Natural Resources.