Home News ASUU want Buhari to Probe Alleged Corrupt Practices at UNILORIN
Share on Facebook
Tweet on Twitter
The Academic Staff Union of Universities (ASUU), has challenged President Mohammadu Buhari to show that he is truly committed to fighting corruption by probing frauds and corrupt activities at the University of Ilorin.

The Union calls on all Nigerians and the appropriate authorities to intervene urgently to restore justice in the University and stave off a needless national crisis.

ASUU in a release signed by the Ibadan Zonal Coordinator of the Union Dr Ade Adejumo and Chairman University of Ibadan Chapter, Dr Deji Omole, ASUU maintained that as far as industrial relations is concerned, UNILORIN remained a terrorist organization.

The duo further challenged the university administration to state the offence of the purportedly sacked ASUU leadership committed other than an open display of victimization.

According to ASUU, just the UNILORIN has lost court cases in the past over illegal sack, these cases will not be an exception.

They noted that it was laughable that the information officer of UNILORIN, Mr Kunle Akogun defended the university as following due process wondering why the same “due process” was blind to “genuine and established acts of misconduct such as sexual harassment, plagiarism and corruption, but is only trained to terminate the appointment of ASUU Officers”.

“Our tag of UNILORIN as terrorist is based on its actions of terrorizing progressive staff and students and indeed the community for nearly two decades. It is common knowledge that in 2001 the University sacked 49 academics for no other reason than that they remained on strike along with their colleagues nationwide.At least, three of them died in the brutal circumstances of the termination of appointment. But for the University’s action, the likes of Professors Adegbija and Annor and Dr Ajayi would be alive today. The University vilified the staff, told lies against them, forged documents against them, sent gun totting men, cudgel wielding security and sometimes cultists after them, evicted them from their university quarters, deprived them of their means of livelihood and their health access, chased them from alternative job options, and the three died, If all of these is not terrorism within the context of a University then what else is? UNILORIN is the place where all manner of atrocities take place: court bailiffs are regularly beaten up in the office of the Vice Chancellor and the Registrar; none of the Unions is allowed to participate in national actions yet the University proceeds to benefit from such actions; several staff including genuine ASUU officers are forced to pay  money monthly into the coffers of a group of impersonators that has already been outlawed by the courts; the University stole  millions from students in the name of unsupplied equipment (PC tabs); UNILORIN stole billions from its staff by forcing them to pay pension into a phantom pension fund that did not go into the account of the staff; the University has suppressed the promotion of a group of staff for upwards of fifteen years due to hatred; UNILORIN is the only University that attempted to institutionally victimize a sexually harassed female student for blowing the whistle on a ‘favoured’ staff; UNILORIN is the only University that maintains gun totting policemen at its gate and gun totting DSS to harass academic staff within; UNILORIN is the only university where the Vice Chancellor would promote his wife unduly and then sack the people who protest this anomaly, and the Governing Council would support such brazen corruption; UNILORIN is the only University that brings a ‘battalion’ to prevent the Union from having a meeting on its campus even though it is a publicly funded University.The list is endless. Therefore, if we call UNILORIN a terrorist institution this is more than justified.” 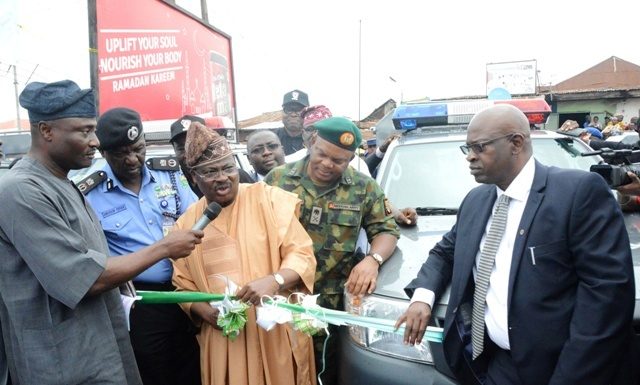 I need a job to fund my postgraduate Studies- NOUN First...