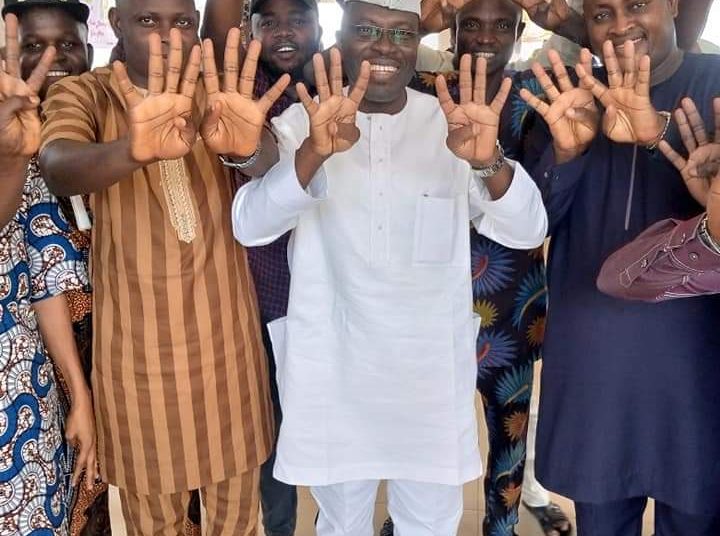 Arapaja and some of his associates

628
SHARES
5.3k
VIEWS
Share on FacebookShare on TwitterShare on WhatsApp

Family, friends and political associate and well-wishers of the former Deputy Governor of Oyo State Ambassador Taofeek Arapaja today 10th November gathered at his Felele residence to rejoice with him on his 62nd birthday.

He used the occasion to reiterate his support for Gov. Seyi Makinde’s second term in office, saying the Governor has displayed high level of integrity and humility.

In a chat with newsmen, the celebrant, Ambassador Taofeek Arapaja gave thanks to Almighty Allah for sustaining his life in the last 62 years, stressing that it was the grace of God that has allowed him to be alive and achieve what he has been able to achieve so far.

Ambassador Arapaja expressed his appreciation to his family, friends and supporters for always being there for him through the thick and thin in the over 30 years that he has been in politics.

In his remark,  Governor Makinde’s Adviser on Tourism Hon. Ademola Akeem Ige described him as a leader without any blemish who has rendered selfless service to the people without discrimination.

Ambassador Taofeek Arapaja was a former Chairman of Ibadan South East Local Government. He was a member that represented Ibadan South East and Ibadan North East Federal constituency between 2003 and 2007 before he became the Deputy Governor in 2007 to 2011. He was appointed as Ambassador to two countries, Jordan and Iran until 2015 when his appointment was terminated.

Highlight of the occasion was a special prayer offered for the celebrant and the Oyo State Governor, Engr. Seyi Makinde.