Governor Simon Lalong of Plateau State on Thursday said the All Progressives Congress (APC) has adopted direct primary election to select its candidate for the presidential election in 2019.

The process  was adopted during its National Executive Committee (NEC) meeting which held the party’s national secretariat in the Federal Capital Territory.

Lalong  said further that  the party adopted indirect primaries for members contesting for other elective positions in the forthcoming elections.

However, he said states willing to hold indirect primaries depending on their peculiarities were asked to inform the National Working Committee NWC of the APC.

According to him, this will be subject to meeting certain conditions, including a resolution signed by the majority in the state supporting direct primaries.

The decisions followed the disagreement among some members of the party over the process of selecting a candidate to fly the party’s flag in an election.

This was one of the factors that led to the disruption of the first party’s primary in the build-up to the governorship election in Ekiti State in July.

Some members who defected from the party in Osun had attributed their exit to the process by the APC selected its candidates for the September 22 governorship election in the state.

Ahead of the general elections, the APC leadership promised to continue with efforts aimed at reconciling members with genuine grievances.

Earlier at today’s NEC meeting, President Muhammadu Buhari asked the APC leaders in attendance to ensure that the decisions reached at the meeting were in the interest of the party.

He also urged the party’s leadership to comply with the Electoral Act and the APC’s Constitution while conducting primaries for the general elections.

The President stressed the need for free, fair and credible primaries, noting that the wave of defection in the party recently was not enough to upset the APC. 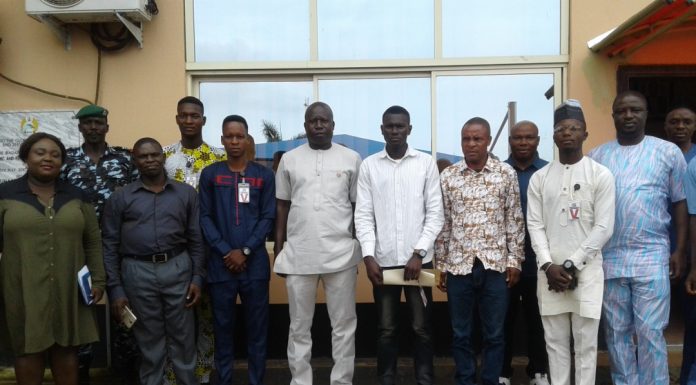 We Won’t Shield “Yahooboys” Criminals in Our Midst- NANS