Honourable Segun Odebunmi Bunvic, a grassroots progressive politician with a midas torch of excellence in whatever human endeavours he dabbles into,even from his days as a Petroleum Marketer,he was a good mobilizer.

Honourable Segun Odebunmi is a key factor and a political warlord with a magnificent native intelligence that sparkles and stands him out among his peers.

A known figure for the aggressive mobilisation and organisation of spirited youth for the socio-political and economic empowerment within and outside his constituency. A viable Honourable with many masses centred and useful motions and bills to his credit.

List of motions moved by Hon. Odebunmi Olusegun in the 7th Assembly.
1- Need to Address the Inefficiency of Fire Service in Combating Fire Disasters Across the Federation.

2- Land Allocation by the Federal Capital Territory Administration (FCTA) and the Federal Capital Territory (FCT) Area Councils in the Federal Capital Territory.
3- A motion on substandard job being executed by Messrs Dutum Construction Company on Ogbomoso- Oko- Osogbo Federal road in Oyo – States.
4- Need to check the Alleged Inhuman Activities of Companies Commissioned by the Federal Capital Territory Administration to Enforce Motor Parking Regulation and parking Fees collection in Abuja.
5 -A motion on the threatening of strike action by the Independent petroleum Marketers Association of Nigeria (IPMAN), Ilorin unit.
6 -The need to investigate the loss of Public Fund in the Abandoned Rural Telephony Projects.
7- A motion on the Abandoned Rural Electrification Projects at Iregba, Agbonmole and Ilajue in Surulere Local Government Area of Oyo – State and other Areas Across the Federation.
8- Urgent need to Investigate Reasons for Non Availability of Dua Purpose Kerosene (DPK) for Domestic use of common Men IN Nigeria in the last 4 years.
9 -Need to Address the Non – Challant Operational Attitude to the Right and Privileges of Nigeria Air Travellers by Airline Operators.
10- Need to Address the Ineffectiveness of Servicom in The Public Service.
11- Need To Check Disobedience To Traffic Control by VIPs.
12 -Need to Check the Continuous Devaluation of Naira.
13- Constitution of the Federal Republic of Nigeria, 1999 (Alteration) Bill, 2013.
14- Microfinance Management Institute of Nigeria (Chartered), Establishment Bill, 2012.
List of motions moved by Hon. Odebunmi Olusegun in the 8th Assembly.
1-The need for urgent step to safe Nigeria economy from recession
2-Motion on the need to check influx of prohibited agricultural bye – products into the country
3-Need to make an overall assessment of an abandoned federal government projects across the country
4-Motion on the need to check incessant violence against children
5- Motion on the need to check the high rate of teenage pregnancies in the country.
6-The motion on the non- enforcement of the condition for the establishment, registration and operation of driving schools by the federal road safety commission.
7-Motion on the violation of section 41 & 42 of the fiscal responsibility act by all tiers of government on debt and indebtedness.
8- Motion on insensitivity of employers to the life of Nigerians working in allied industries.
9-Need to investigate the abandoned 2×60 mva, 132/33kv sub-station at ogbomoso and 2×132kv sub-station line bays extension at ganmo, ilorin.
10-Urgent need to make Nigeria a business-friendly nation.
11- Non- implementation of 2015 capital budget by the federal ministry of power and its agencies
12-URGENT NEED TO ADDRESS INDISCRIMINATE REFUSAL OF ELECTRICITY DISTRIBUTION COMPANIES (DISCOs) TO CONNECT ELECTRIFIED TOWNS AND VILLAGE TO THE NATIONAL GRID.
List of Bills sponsored by Hon. Odebunmi Olusegun in the 8th Assembly.
1-Fire Arms Act (Ammended bill 2015)
2- Constitution of the Federal Republic of Nigeria 1999(Amended) bill 2015
3- Alcohol prohibition bill 2016
4- The bill for an Act to Establish the Dietitians Council of Nigeria.

In a nutshell, Honourable Segun Odebunmi is an epitome of a grassroots politician,nonpareil mobiliser and a reliable bridge builder within and outside his constituency. His major driving force remains a selfless service to the humanity. May the Almighty God continue to uphold and elevate him to the higher levels so that more benefits of democracy will be enjoyed by his people 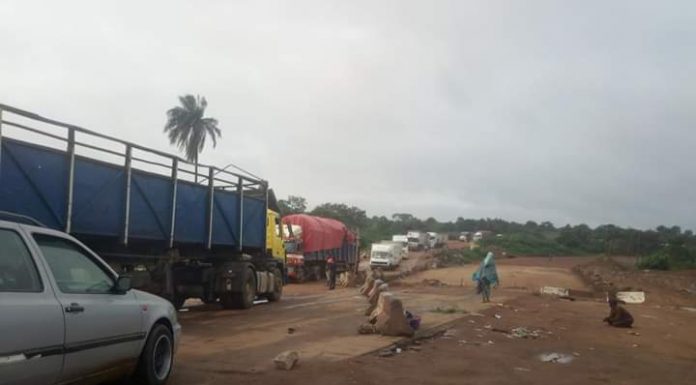 Why we sacked 4,042 Council Workers in Kaduna- Government