Governor Akinwunmi Ambode of Lagos State said his administration  has earmarked the sum of N2.698 billion in the 2017 budget for the building of five elderly care centres across the state.

The Governor who disclosed this at the 2016 Senior Citizens/Pensioners Day celebration, in Ikeja, said that the centres would be built in the five divisions of the state namely; Ikorodu, Epe, Badagry, Alimosho and Lagos Island.

Ambode, who was represented by the deputy governor, Dr Idiat Adebule, described pensioners and senior citizens as strategic class of people who deserve to be remembered, appreciated and celebrated.

He said that as a government committed to the welfare of the people and in line with his policy of inclusive governance, it has more than passing interest in the out of service life of senior citizens who have spent their youthful period in serving their fatherland.

According to Ambode, “Since the inception of this administration we have remained committed to our workers welfare including retirees. In addition to regular payment of salaries for those in active service, we have also prioritized payment of retirees’ benefits, especially those that have accrued over the years.

“Apart for payment of entitlement to senior citizens in Lagos they also enjoy welfare incentives including free medical services for those of 60 years of age and above in government hospitals.” Ambode stated.

The governor revealed that a total of N21.929 billion accrued pension rights had been paid to 5,027 retirees, beside the N1.5 billion Intervention Fund, which has been approved for the payment of outstanding gratuities and accrued pensions to local government retirees including the balance of 142 percent pension arrears.

Ambode noted that the theme of the celebration, ‘Take a stand against ageism’ was apt considering the discrimination and prejudicial attitudes towards older people, old age and aging process are evident in the society.

Commissioner for Establishment, Training and Pensions, Dr. Akintola Benson Oke, assured that the state government through the Civil Service Pensions Office and other pension offices will continue to ensure that not only do retirees get what is due to them statutorily, but will continue to empower them with socio-economic activities to make life worth living for them.

“To our aged citizens, this government is reassuring that your wellbeing will continue to enjoy a prominent place in the policies and programmes of the state government,” Oke said 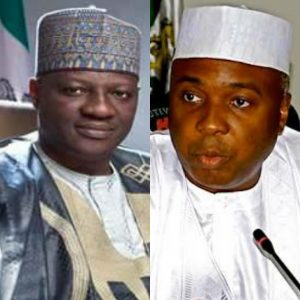