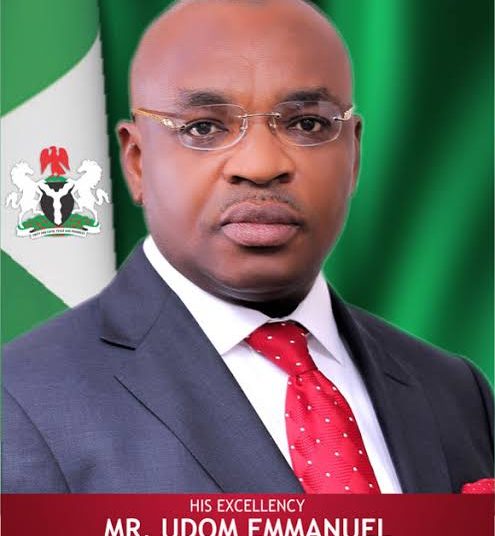 14
SHARES
3.5k
VIEWS
Share on FacebookShare on TwitterShare on WhatsApp

•••Says Bako, ADS after my life

An Akwa Ibom State indigene, Mr David Victor John, who was last week arrested, tortured and detained by an Assistant Director Security (ADS) in the state command, Ismaila Bako, over alleged financial transaction with one Blessing Akpan David, a female operative, in the state command, has called on the Director General of the DSS, Yusuf Bichi, to save his life, due to several threats from Bako.

Speaking with Peesreporters, David, gave a graphic detail of how he was illegally arrested, tortured and detained for five days in the office on the orders of Mr Bako, based on a complaint to Bako by his lover, Blessing, that he refused to pay back the lone which he collected from Blessing.

According to David, ” when I was arrested and brought before Bako, I agreed to pay back the loan instalmentally, I even produced 50,000 on that day, but Bako vehemently rejected the repayment plan, insisting that he wanted all the money paid at once and subsequently ordered my detention for 5 days without any legal backing.”

When asked why Blessing, whom he claimed to be his lover of years, could report what transpired between them to her boss, up to the level of being detained, if they were still together as lovers as he claimed, David stated in the affirmative, ” as we speak, we are still together. I invited her to my house yesterday and came though she did not enter my room. I wanted us to settle the matter. But I think what made her to behave that way, is that she got a call from one of my cousins, who told her that I was not serious about the relationship and was always collecting money from her to take care of another girl. Please sir, I am even scared of my life now because of the threats calls from unknown numbers since this matter came. I am scared. I am planning to relocate outside Akwa Ibom to anywhere that I would be safe.”

When contacted on the allegation of unlawful arrest, torture and detention and collection of debt leveled against him by David, Bako said, ” It is not true. I don’t even know what you are talking about”.

When further confronted with an allegation that shortly after his discussion with this reporter, that he put up a call to David, charging him never to pick up any call from anybody, but should engage the call and get back to him and also told him to store his number with OGA, Bako retorted, ” Mr Journalist, why are you threatening me? I said I don’t even know the person you are talking about not to talk about having his number”.

Peesreporters is however in possession of the said audio conversation with David. It was further gathered that immediately after this reporter’s conversation with Bako, a threat SMS was sent to David warning him against saying anything to anybody on the matter via this number-07061204277.

In her reaction, via phone number 08063754994, the lady in the center of it all, Blessing, wanted to know the source of the allegation against Bako and when this reporter was not ready to divulge the source, she simply said,” Let me call you back.”

As at the time of going to press, Blessing was yet to call as promised and neither did she respond to further calls.

Similarly, calls to the Spokesperson for DSS, Mr Peter Afanang, on 08033156049 were not picked, neither was any reply given the SMS sent.

It was reliably gathered that Blessing is being pressured by Bako, to Petition the state police command and thereby shift the illegality to the domain of the police, using some highly compromised and pliant officers in the force.

Independent findings also revealed an alleged amorous relationship between Blessing and Bako, and that explained he decided to throw himself into the matter for alleged personal gains.

Edo 2020; The End of Godfatherism Has Come in Nigeria.By Atiku Abubakar