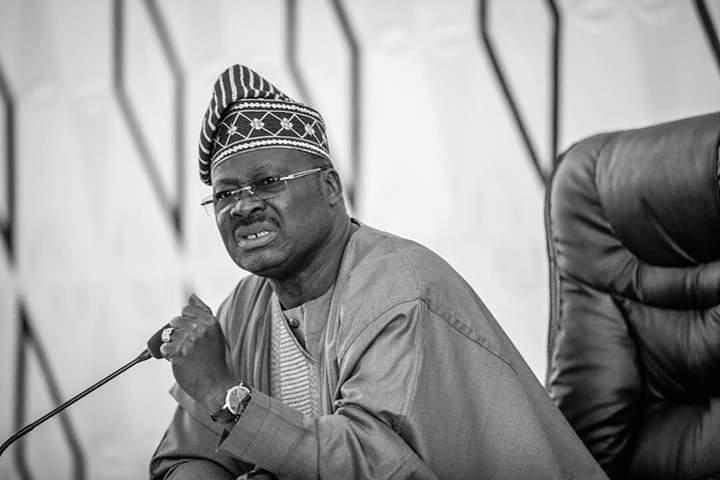 6
SHARES
3
VIEWS
Share on FacebookShare on TwitterShare on WhatsApp

All Souls Church, Bodija was capacity filled. It was Bimbo Adekanmbi’s wedding and it attracted those who mattered in Oyo State and beyond. The groom was the Deputy Chief of Staff to Governor Abiola Ajimobi, he was also more or less a godson to Aare Abdulazeez Arisekola-Alao. It therefore involved government functionaries as well as the business and social establishments.
My business there was two-pronged; to cover the even for The Street Journal where I worked and show the crew from Podium TV around since they were not familiar with the Ibadan establishment.

When the Podium Crew was denied entry at the traditional wedding at Fun Factory, Bodija the previous day, my ID card and a simple conversation with the security operatives made the difference. That gave me a somewhat higher rating from the crew. I didn’t envisage what was to come.
Five years of celebrity reporting at City People had taught me that some pictures would not only sell stories but could be found tremendously useful in the future. I saw a good opportunity for one when I noticed Aare Arisekola-Alao and Governor Ajimobi sitting side by side and chatting like good old buddies. ‘This picture will tell a million gists’, my instinct told me, especially as Aare was without his trademark abeti aja cap.

I drew near, leveled the camera, took aim, my index finger was on the shutter button and in a split second, the Governor looked in my direction and pointed. I heard him say “what is this one doing here? My friend will you get away from there?” He looked towards the security detail behind him and a guy in suit ran towards me. I simply respected myself and took my leave. Some of the members of the Governor’s Press Crew saw what happened and asked if there was something wrong. They were quick to assume that it was because I didn’t stand close to them. The Podium guys too came to ‘commiserate’.

My mind immediately flashed back to the first time I met Senator Ajimobi. My Bureau Chief then, Bola Davies (now of blessed memory) had scheduled an interview with him shortly after he became Senator in 2003 and she insisted I should accompany her. Aside politics, he told us about his experience in the corporate world then he delved into the story of how he met his wife. He spoke glowingly about her and even told us she was in charge of his wardrobe.
By the time I joined The Street Journal in 2008, it became a norm to give complementary copies to the Ajimobis. It was an instruction from the Publisher, Mr. Wole Arisekola, so most times; I would personally drive to drop the copies. My boss called him “Broda”, I knew he had tremendous respect for Senator Ajimobi and I had cause to follow him on a number of visits. One of such was the day I carried the two cartons of a particular herbal drink my boss bought from Ghana in 2010 for Senator Ajimobi. When he told Senator Ajimobi the ‘wonders’ the drink could do, he smiled and said ‘o se aburo mi (thank you my brother)’. Turning in my direction, he said “the next time your boss is coming here and you don’t remind him to bring this thing, I will tell them not to let you in”.
Years have gone by and that picture on Bimbo Adekanmbi’s wedding day would have told a thousand and one tales; especially on what Arisekola Alao and Senator Ajimobi had in common – the Aare title inclusive. They were typical Aares of Ibadan with the characteristic traits of the Aare intact in both of them.

It is worthy of note that before Oluyedun, no Ibadan man ever bore the Aare title. Being the son of Afonja ‘L’aiya L’oko’ the Aare Ona Kakanfo of Yorubaland and ruler of Ilorin, Oluyedun took the title Aare Ona Kakanfo of Ibadan when he became Baale shortly after the Gbanamu War. Ibadan’s first Aare was thus not just from an aristocratic background; he worked his way to the top by distinguishing himself in Ibadan, which became his new home.
Next to take the Aare title was Obadoke Iyanda Latoosa, one of the bravest soldiers of his time. On ascending the throne as ruler of Ibadan, Latoosa did the unimaginable. In a show of uncommon boldness, he asked to be installed as the Aare Ona Kakanfo of Yorubaland while the then Kakanfo was still alive. Since Yorubaland could not have two Aare Ona Kakanfos, the Alaafin didn’t have a choice but to withdraw the paraphernalia of office from Ojo Olanipa Aburumaku of Ogbomoso and hand them over to Iyanda Latoosa.

If Oluyedun broke the record by becoming the first Aare, Latoosa brought a new twist by usurping the title and becoming the first man to become Kakanfo while his predecessor was alive. He ruled like a true Aare and he knew how to deal with anyone who dared flout his orders. His war chiefs plotted to overthrow him twice and twice they went back to beg him. Latoosa’s wealth was unfathomable. It became the unit of measurement for things that couldn’t be quantified. ‘O lo rere bi ola Aare’ (as expansive as the Aare’s riches) became a common saying back then. Till today, one of Aare Latoosa’s landed properties is still a subject of litigation.
Not only was Obadoke Latoosa a man of war, his words were prophetic. Before setting out for the Kiriji War which incidentally was his last, Aare was quoted as saying by the time he was done; there would be no more war in Yorubaland. It came to pass. The 16-year war was the last in Yorubaland. Not only did it mark the end of an era, it ushered in a new one.

Bishop Alexander Babatunde Akinyele who became the next Aare was a man of history too. Not only was he the first Ibadan man to obtain a university degree, he was also the city’s first Anglican bishop. After facilitating the establishment of Ibadan Grammar School, Ibadan’s first secondary school in March, 1913, Bishop Akinyele became its first principal.
Nine years after Bishop Akinyele’s transition, his son in-law, Pa Emmanuel Alayande became the Aare of Ibadanland in 1977. He was known for his uprightness. He didn’t just excel as a clergyman; he was an exemplary political bridge builder. Pa Alayande tried all he could to prevent the impeachment of Governor Rashidi Ladoja. His transition in October, 2006 marked the end of an era. Weeks after it, one of his last wishes came to pass; the return of Senator Ladoja as Governor after an 11-month interregnum.
Alhaji Azeez Arisekola Alao was not keen on taking the Aare title but was prevailed upon by Ibadan elders. What more could one possibly want? Not only was he a billionaire by any standard, he held a prominent Islamic title. He became the first Ibadan man to have the Aare Musulumi of Yorubaland and Aare of Ibadanland titles simultaneously. Like other Aares before him, Ibadan people revered him greatly. His friendship with General Sani Abacha, however, pitched him against many but till he died, Aare stayed unapologetically loyal to his friend.

Though he was not a card carrying member of any party, Arisekola Alao was seen as the last standing political godfather. His death more or less made the governorship race that followed more open. With High Chief Lamidi Adedibu’s passage years before then, the coast was clear for politics without godfathers in Oyo State.
Not only did Abiola Adeyemi Ajimobi win a second term as Governor, Oba Saliu Akanmu Adetunji decided that Ajimobi should get more than the Aare Atunluse title which his predecessor, Oba Samuel Odulana Odugade conferred on him. And in came Aare Ajimobi.

Not all Aares of Ibadan were loved by everyone. So those who complained of Ajimobi’s unpretentious bluntness probably never met Arisekola at very close quarters. He never suffered fools gladly. One of his close relatives once recounted an experience with the multibillionaire businessman. After boxing Arisekola to a corner with superior argument, the young man had a delightful look until Arisekola asked him ‘ngba ti ‘wo wa ni ‘ru opolo bayi, ki lo de t’Olorun o fun o l’owo? (when you have this much sense, why didn’t God bless you with money?). On many occasions people asked him how he made his billions and he had one readymade answer, he was always quick to tell them to go and start selling Gamalin 20.

Ajimobi combined the traits of all the Aares that preceded him; Oluyedun’s trail blazing capability, Latoosa’s uncommon respect, Akinyele’s brilliance and Alayande’s administrative sense as well as Arisekola’s witty humour and sheer bluntness.
Many people had issues with him; so it was with his predecessors. In all, Senator Ajimobi lived well, did his bit and left legacies for which he would be remembered. He renovated the Oyo State Governor’s office to a befitting standard. The dualization of the Jericho-Eleyele-Agbarigo Road is to his credit. The First Technical University, Ibadan, a centre for qualitative technical education with emphasis on practical knowledge for job creation, entrepreneurship and manpower development was conceived and established by the Ajimobi administration. The Mokola Bridge brought a change, so also did the Eleyele-Eruwa Road. The 110km Ibadan Circular Road commenced by the Ajimobi administration will reduce travel times by up to 48 percent by the time it is completed. The peace Oyo State enjoyed in his time was a remarkably convincing proof of his administration’s commitment to securing the state.

Like the Aares before him, Ajimobi will be spoken about for some time to come and as a former Governor and the first to serve for eight years; the success level of his administration will be a yardstick for measuring impactful governance.

While comments continue to flow on social media whether he was good or evil, one thing cannot be wished away; Senator Ajimobi was a thought leader in his field. His death will no doubt affect his party’s permutations for the next election. What we may need to remember is that everyone alive has a chance to leave lasting legacies. However, that chance is ticking away, with time, begging to be used.

Jekardah Nightlife Offers Many Hotspots for People with Alternative Lifestyles