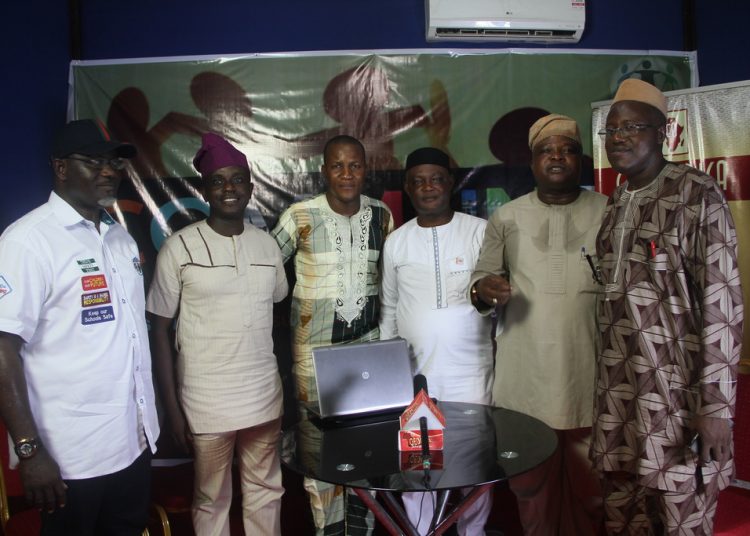 It was an atmosphere of hot political debate on Saturday, 27th May during a media interactive session organised by CEOAfrica, an online television programme to examine the achievement and impact of the Oyo State Governor, Isiaka Abiola Ajimobi to the development of the state for the past six years of his administration.

Present at the media chat, which was themed: An Appraisal of Governor Ajimobi’s Six Years in Governance, were representatives of the Governor, the Executive Assistant to the Governor on Political Matters, Dr Morounkola Thomas and the Oyo State Commissioner for Information,  Toye Arulogun.

Reviewing the achievements of the Ajimobi-led administration in Oyo State, Dr Morounkola declared that restoration of peace and security in the state is one of Ajimobi’s cardinal achievements. He said “The government of Ajimobi has achieved a lot in terms of restoring peace and security in the state. We all know that without peace, development will be a mirage. In addition to the creation of ‘Operation Burst’ to stem the tide of crime and violence, the government has established good working relationship among security operatives which has gone a long way to restore order and given the citizens a violence free state.”

Reacting to the claims made by Dr Morounkola, the representative of the SDP, Mr Azeez refuted the assertions, describing them as mere tall tales. He stated that the government has not succeeded in restoring peace and security, citing his personal encounter with violence and armed robbery. “I disagree with the statement that the government has done a lot in security. On the issue of security, I rate the government 40%. In 2014 our campaign house was invaded by policemen, who were sent by the government. Also, in broad day light, I was attacked by armed robbers who shot at me twice. So where is the security?” he asked.

However, the representative of Accord Party, Dr Adeniran, stated that it is the responsibility of the government to provide security in the state. “The issue of security is relative. If a person is hungry, can we say he is secure? Although we acknowledge that there has been relative peace in the state; that is not to say that there are no security challenges still prevailing in the state. We must also applaud the opposition for ensuring peace by not making the state ungovernable for the ruling party.”

Citing the incidents of the One Million Boys cult group, the burning of houses at the Isale Osi, Fokor/Popo Axis and many others, the representative of PDP, Hon Alarape scored the government a bit above average in terms of peace and security. He stated that in spite of the policies put in place by the government, vicious crimes are still been perpetuated in the state.

In a move to disprove the arguments of the other speakers, the Commissioner of Information, Mr Arulogun explained the interrelationship between security and development. He said “If there is no peace in the state, there won’t be development. Oyo state has recorded 103% increase in the state’s hospitality industry. We are bringing in investors and businesses to boost the economy of the state. This cannot happen in a state ridden with insecurity. Shoprite and many other businesses will not be here if there was no peace. So I believe that there is an improvement in security.”

Speaking further about the successes of the Oyo state government in terms of infrastructural developments, Dr Morounkola elaborated on the several completed and commissioned road projects by Governor Ajimobi. According to him, infrastructural developments embarked on by Ajimobi, is an attempt to upgrade the state and attract investors into the state. He also noted that in addition to the finished and on-going projects, more road construction projects will still be embarked on including construction of roads at Idiape, Bashorun, Akobo, Ojurin, Ologuneru,Barracks and many others.

Dr Morounkola also stated that the state government has been able to provide clean potable water to the citizens of the state, citing various water projects in different parts of the state like; Ayite, Iganna Water works among others.

His words: “Better and effective health delivery system is a key component of this government. Since the inception of this administration, there has been a reduction in maternal and infant mortality rate, the prevalence of HIV/AIDs in the state has reduced from 3.9% to 1.9% as a result of SACA. Medical equipment are being delivered to health care sectors, free health missions have been launched at Adeoyo Hospital and free treatments are being given to patients.”

Corroborating Dr Morounkola’s statements, Hon Arulogun stated categorically that Oyo State is the first state in Nigeria that launched health insurance scheme which was kick-started yesterday, adding that a 50 billion naira endowment fund will be launched at the end of Ramadan to address health issues.

Dr Morounkola, who was a former Commissioner for Agriculture, elaborated on the achievements of the APC-led administration in the agricultural sector. He said “Governor Ajimobi introduced mechanised farming by providing tractors and other machineries for farmers. Youth farmers have been trained and allocated farmlands and the market for their produce are being looked for. The government is also encouraging youth farmers by providing free farmlands and seedlings.”

Dr Morounkola recalled that while he was serving as the commissioner for agriculture in the past administration, he went to Songhai Farms to observe agricultural techniques employed there so as to replicate in Oyo state. He noted that upon establishing a replica in Oyo state, the project became abandoned as a result of lack of political will.

He however stated that this present administration has also been to Songhai farms and it is currently being established in the state, assuring that upon completion, the farms will be able to employ 1000 farmers.

While noting that industrialisation is one of the major focus of the state government for the development of the state’s economy, Dr Morounkola stated that Ajimobi has spent the last six years attracting investments into the state. His words: “Governor Ajimobi has been able to generate 6.5billion naira worth of investment into the state between 2011 to 2016. He has been able to establish free trade zones, he has embarked on numerous investment promotion missions.

Talking about the education sector, Dr Morounkola noted that Ajimobi established the School Governing Board to restructure the educational system. He also revealed that the state government has established a Technical University, funded through public/private partnership (PPP), which will commence operations in October.

Taking it up from where Dr Morounkola stopped, Hon Arulogun addressed the issue of the welfare of Oyo state civil servants. According to him, there has been 300% increase in the salary of workers since the administration of Ajimobi, and 142% increase in pension.

Oyo State Commissioner of Information, Hon Toye Arulogun noted that until now there has been regular payment of worker’s salaries, however, the prevailing economic challenges caused a turn around. He said “Before now, workers used to receive their salaries on the 25th of every month. However, the current economic challenges has made things a bit difficult. That is why this administration is trying to diversify the economy of the state.”

* Oyo State General Secretary of Accord Party, Dr Nureni Aderemi Adeniran in a counter argument argued against the afore-mentioned achievements reeled out by the representatives of Governor Ajimobi, Dr Adeniran of Accord Party disagreed with the claim that the present administration has embarked on infrastructural developments. He said “Policies and projects must have direct impact on the people, however, these claims made by this administration are nowhere to be found in Oyo State. I have not come across any infrastructural developments. The free health care scheme purported to have been established is not functional

The Publicity Secretary of Social Democratic Party (SDP), Mr Akeem Azeez In his own opinion, the SDP representative, Mr Azeez hinting that the APC party is only engaging in propaganda, stated that this is not an era of propaganda but the era of proper agenda. Countering all the highlighted achievements in the area of industrialisation, he argued that the APC representatives were only reeling out figures that are not backed up with physical facts.

He said “If there was really 6.5 billion naira investment in Oyo state, things would have improved; the economic situation would have been better. We have to be realistic. He (Morounkola) mentioned provision of pipe borne water, in my community, there is no single running water. So what are we talking about? We need to eschew propaganda and face reality. This government is a government of the few, by the few.”

Also ,the Administrative Secretary in charge of Peoples Democratic Party (PDP) in Oyo State, Hon Alarape Asimiyu while addressing the highlighted achievements of the APC-led administration, maintained that there is a difference between making policies and implementing them, stating that the government might have made policies but it is not implementing the policies. Noting that according Debt Management Office, Oyo state’s debt has increased from 4 billion naira to over 100 billion naira, Hon Alarape stated that even with the debt and all the claims, there is nothing to show for it.

“I have not seen any infrastructural facilities anywhere; I have not seen any new facilities in any health care centre for the past six years; classrooms are dilapidated and so on. The Local Government administration in Oyo state is dead. In fact, I believe some of these projects mentioned to have been done were not in place or have been done recently. So what has been happening for the past five years? The economy of Oyo state is a salary-based economy. This government is an elitist government and as far as I am concerned, this administration has not done anything,” he concluded.