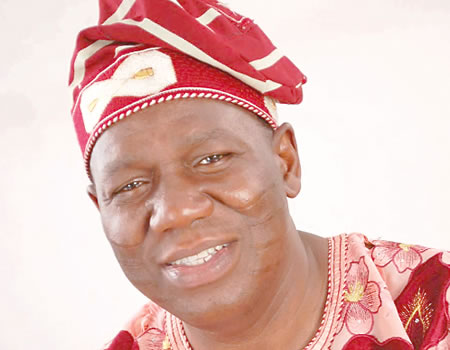 66
SHARES
0
VIEWS
Share on FacebookShare on TwitterShare on WhatsApp

A chieftain of the All Progressives Party APC in Oyo state , Chief Azeez Popoola Adeduntan has  said  that the former Governor of the state Senator Abiola Ajimobi should step down as a leader of the party and allowed the younger element to  take over for peace and unity

Adeduntan who served ad commissioner for health under the Abiola Ajimobi led administration said Apc in oyo state is fragmental and fracture and there is need for genuine reconciliation.

“We must tell ourselves the truth, truth is bitter, we must be ready to face the reality and resolve crisis in  the party if we truly want to move forward.” He said while featuring  on a radio program in Ibadan

“ The party is in trouble and If APC want to remain till 2023, we must go back to the grassroot, resolve all  and allow internal democracy to reign  without imposition.

Speaking on the loss on the loss of 2019 election in the state, the Otun Bashorun of Ibadanland said “ The election was lost the day  the party’s candidate Adebayo Adelabu was imposed as the gubernatorial candidate of the state

When I notice the alliance of Seyi Makinde with Ladoja and others,  I called him 48hrs to the election but he believed that Ajimobi alone cannot make him the governor, I don’t know where he got the confidence from?

While clearing hear on his ambition, Adeduntan said “My governorship ambition is not a matter of life and death because it is decided by God, they betrayed me and Adelabu betrayed himself.”

Reacting to the allegation that he betrayed the party because he congratulated  Engineer Seyi Makinde, who defeated APC candidate during the election,Adeduntan said ” I didn’t betray anybody, i congratulated Makinde because he won the election, he is my brother, just like Ajimobi from Oja Oba in Ibadan and if Adelabu had won, i will do the same”