Governor of Delta State, Dr. Ifeanyi Okowa,  has said what Nigeria needs at the present is restructuring of minds and policies in order to achieve good governance, not political restructuring into regional government as it was before military incursion into politics.

He disclosed this in an interview with journalists after he delivered the 2017 Alumni Lecture of the University of Ibadan, entitled: ‘Good Governance for Weather Creation and Sustainable Development: Experiences and Lessons,’ at the Trenchard Hall of the institution.

Okowa donated N85million with the support of his commissioners, special advisers and friends that contributed substantial part of the money, in support of a multipurpose auditorium and construction of a 54-bedroom  all en suite postgraduate hall of residence being built by the UI Alumni Association.

The governor, who delivered the lecture on Friday evening, stated that the clamour for political restructuring of the country from different parts of the nation via regional lines bordered more on the failures of the governance system, adding that with good governance, people would not care about the system of governance.

“When the  people are happy and when we are actually beginning to impact on the people in a more positive way and there is less hunger on the table and there’s more employment, you’ll find that people will have less discourse on issues of restructuring and issues on sensation. Those things won’t come to mind, the holistic thing is that all these issues are actually bordering more on failures of governance.

“I am not saying restructuring is not important. But they are bordering more on the failures of the governance system to such an extent that people are now feeling very pained over the years. It’s not the fault of one particular government. Over the years, we have failed to diversify the economy.

“We have just concentrated on the oil economy, and to that large extent, we try to destroy the agricultural economy and industrialisation, which was already picking up at a point in time.

“We refuse to use the money from oil to critically address those issues and that is what has brought us to where we are. It is the pain that the people are going through that is making people to begin to talk about the discourse of restructuring.

“But what we need is the restructuring of our minds, starting from the leaders to the followers in this country. I think that is what we have to do. 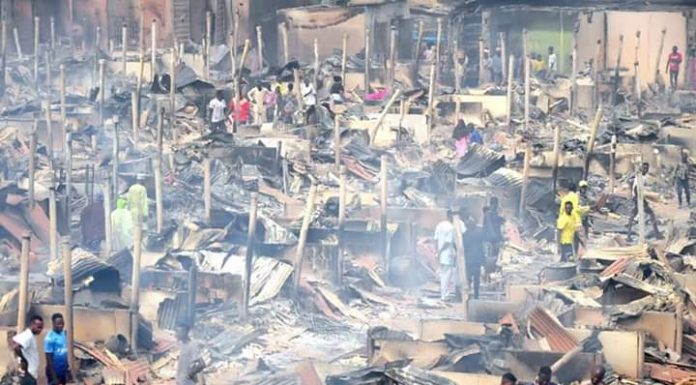 Herdsmen: We will resist attempt to turn Yorubaland to killing field,...