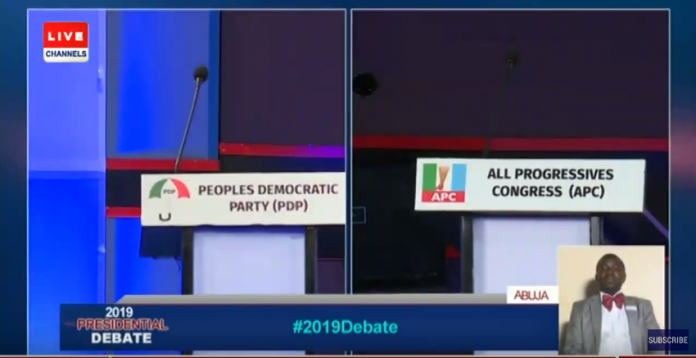 At this moment of our country’s Political Journey, formidable ideologues cannot but say their takes on the future of the country, as silence or sitting on the fence is of no use to our beloved nation.

Nigeria, our collective patrimony is at a crossroad where some of us have to take a position, so one can be recorded to have taken a side on political development of the Country. Hence, the decision to release this statement to notify my co-patriots of my political decision and where I stand on the 2019 Presidential election.

For over three decades of my life, I have dedicated same to the struggle for a better Nigeria, Human Rights Advocacy and Social justice for the down trodden.

From my days as an undergraduate and after, I have often pitched my tent politically with the Labour movements, and their political tendencies, where I have been privileged to serve in several capacities, even up to contesting an election and served as the National Secretary of the Labour Party in Nigeria.

As 2019 elections draw nearer, many of my friends and political associates, have continued to ask why we cannot galvanise our strength, towards producing a younger President come 2019, especially when you consider our ability to determine the socio economic and political future of this great country based on the analysis of highest percentage of young people that registered to vote the next coming general election as released by INEC.

But the truth remains that the options available to us, in accordance with the objective realities of the prerequisite for winning a Presidential election under our prevailing system today, are limited.

Some have even asked why I haven’t declared my support for the Presidential ambition of my brother, Omoyele Sowore. Like I have done for Sowore, I have taken my time to interrogate other seemly propitious candidates, particularly Kingsley Moghalu, Oby Ezekwesili, Yunusa Tanko, Fela Durotoye and Jerry Gana on their preparedness in any genuine capacities, without the media frenzy.

The evident truth is that none of them has even the capacity to have their political party agents in a quarter of the 36 States of the Federation.

Omoyele Sowore is no doubt one of the best younger elements that our country has produced. I need not say so much about his courage, passion and love for Nigeria. But the bitter question to ask ourselves, is, does he have the political capital, temperament and otherwise, to contest and win a Presidential election under this present arrangement?

One would have wished that Sowore begins a test of his political capacity by aspiring for a Senatorial seat under his party in order to provide quality representation in the parliament rather than his current presidential effort.

After a careful analysis of the two leading Presidential Candidates in this election, that is, President Muhammadu Buhari of the APC, and Alhaji Atiku Abubakar of the PDP, I have come to realise that President Muhammadu Buhari even though I was part of his independent observers, my constructive criticism was to ensure he laid the required foundation needed to move the Country forward, and he has in the last three and half years, dedicated himself to rebuilding our country, laying a solid foundation which we needed since 1999 when we return to democratic rule for our future and also tackling our myriad of National challenges.

The caution at which our pubic officers now handle public funds as a result of the premium Preside t Buhari place on his anti-corruption policy, which is of great importance to our treasury as our institutions are being built rather than individuals as we used to have before.

As for His Excellency, Alhaji Atiku Abubakar, whom I’ve known and enjoyed some goodwill from one of his wives in the recent past, I however, cannot pitch my tent with him, for not only obvious reasons of integrity challenge but also integrity deficiencies of those who surround him.

Alhaji Atiku Abubakar’s determination and boast to sell NNPC once elected as President is a reminding nightmare for me on the infamous way and manner our National assets were sold to family and friends under his watch as the then Vice-President of Nigeria.

Although he promise to restructure Nigeria in response to agitations of Southern Nigeria patriots, the sincerity of this promise is shown as he never canvassed such position among his people in the North and he has never at any time revealed the blue print of such equitable process.

President Muhammadu Buhari in my estimation and within the context of his main challenger, has no doubt established a strong base upon which we can consolidate for the future. One can point to his massive achievements despite all distractions in the areas of the fight against corruption, infrastructural transformation and development as he didn’t abandon ongoing projects needed to be completed for National development with promotion of democratic fundamentals and ideals which led his administration to recognize and honour Chief Gani Fawehinmi and the acclaimed winner of the June 12, 1993 Presidential election, Chief MKO Abiola, among others.

And in consideration of his Vice-Presidential candidate, the erudite Professor Yemi Osinbajo, SAN, I am guided by my Yoruba proverbs which goes thus; “Omo eni koni se idi bebere, ka so ileke mo Idi omo elomiran”

No doubt, the road has been rough and tough and there have been several challenges but President Buhari remains focused and determined not to be distracted by enemies of the Country. Also, we cannot easily forget where we were before 2015; when impunity and impudence hold sway and how far we’ve come as a Nation under President Muhammadu Buhari.

In making my support for President Muhammadu Buhari public, it must be equivocal that not only will I vote for him, I will do everything legally permissible to galvanize and mobilize support from like minds to add value to the ongoing electioneering campaigns to ensure that President Buhari is re-elected.

It shall be my humble responsibility to join hands with other eminent and patriotic Nigeria to reach out, rigorously canvass and make our people see why the ongoing national journey of rebirth of our great Country, Nigeria must continue.

We can’t make an omelette without breaking eggs, our sacrifice, therefore is imperative in voting President Buhari for the second term, to ensure a solid base foundation for successive government to build on.

In conclusion, I am of the view that we shall succeed against all odds. For the young Nigerians, it is time for us to expand opportunities for a future that gives us hope.

I have, on the foregoing basis, decided, to move FORWARD WITH BUHARI.

Join me; let us move FORWARD WITH BUHARI.

The Fitting Tools of a Great Repair – By Asiwaju...