A Senior Advocate of Nigeria and former Speaker of the Oyo State House of Assembly, Dr Akin Onigbinde has emerged the governorship candidate of the Alliance for Democracy in Oyo state.

He emerged at the party congress which held at A-Three Hotel, Along Iwo Road-Ojoo Expressway, Ibadan.

The primary which was organised by the Mr Michael Akinropo led state executives was witnessed by party national leaderships, southwest leadership, officials of the Independent National Electoral Commission amongst other delegates.

Onigbinde who emerged through the nomination and affirmation by the delegates emerged unopposed alongside three senatorial candidates, 12 house of representative candidates and 32 house of assembly flagbearers.

But the National Legal Adviser, Mr Kehinde Aworela who as at the Akinropo’s led primary where Onigbinde emerged said, the party constitution does not in anyway recognise caretaker committee but affirm Onigbinde and other candidates for other elective positions as duly recognised flagbearers of party for the 2019 general elections.

Present at the Akinropo’s led primary are delegates from all the 351 wards in the state, state executives and about over 15 national officers of the party.

Addressing the delegates at the Akinropo’s primary, the Chairman, National Congress Planning Committee for Oyo state party delegates Congress and party primary, Mr Okafor said the national leadership of the party was shocked at what he described as the private decision of some individuals to set up caretaker committee, noting that any other primary held outside of the one witnessed by the national leaderships is a nullity.

He said “We are all shocked at the private decision of Mr Joseph Avazi and the National Secretary, Mr Akin Fasogbon to create a caretaker committee to run the affairs of Oyo state.

“Apart from the fact that our party does not know or recognise a caretaker committee structure in our party, it has no place in our constitution and if any decision of such magnitude were to be taken, it cannot be taken by only two persons pretending to be chairman and secretary NWC and NEC all roles into one. The party cannot be greater than the whole. Neither NWC nor NEC was privy to such a decision.”

State chairman, Mr Akinropo noted that the party used to be a united house until Azazi and Fasogbon sowed the seed of discord.

ALSO READ  Oyo State: The Popular Parties That Will Subdue APC in 2019 Are Not ADC and PDP. By Ogbeni Lasun Azeez

He assured the members that the illegality would soon be resolved by the court, noting that the matter of caretaker committee is already laid before it.

National Legal Adviser, Mr Aworela distance the party of its national leadership from any other purported primary by any individual or group, noting that the party which is known for its integrity and uprightness will not allow any form of illegality in its fold.

Dr Onigbinde in his acceptance speech thanked the national leadership, state executives, local government executives and all the delegates for the confidence reposed in him to fly the flag of the party come 2019 governorship election.

He assured the people of the state that the party still has all that it takes to bring the state back on track and restore its pace setting glory with both human and infrastructural development that would impact on the people. 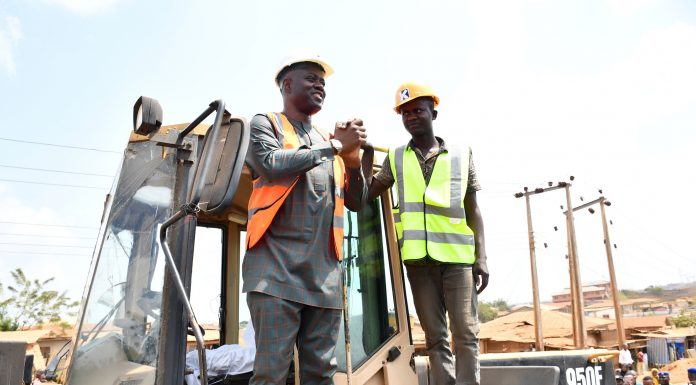 Why you should choose Microsoft over Linux