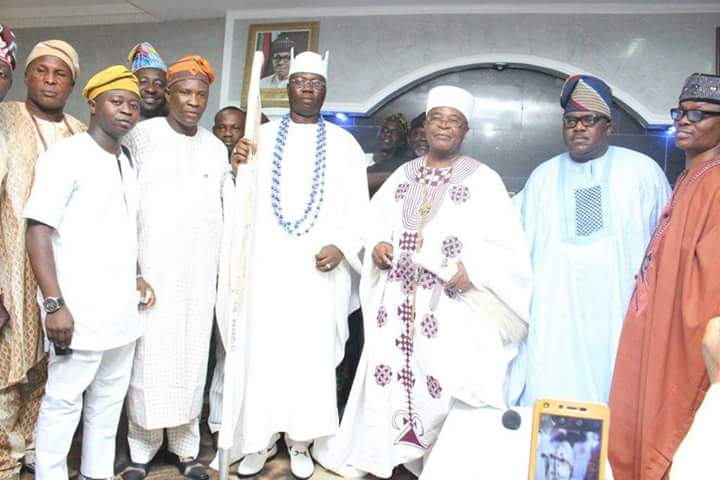 Yoruba sons and daughters in the Diaspora, under the Oodua Progressives Union (OPU), have been urged to get involved in activities of nation building.

Alake of Egbaland, Oba Adedotun Aremu Gbadebo made the call on Thursday  when members of OPU paid a courtesy visit to the Monarch in preparation for the 2018 OPU World Congress in Abeokuta, Ogun state.

Oba Gbadebo, praised the efforts of the Convener, Aare Onakakanfo of Yoruba land, Aare Gani  Adams, for the laudable initiatives, describing him  as a bold, courageous and reliable son of the Yorubaland.

The Egba monarch, who is also the permanent chairman, Egba council of obas, said he was happy to see the progress made so far by the OPC leader in all areas, particularly, on his commitments, by using the various platforms under his leadership to promote the culture, traditions and the unity of Yorubaland.

“Your new status as the Aare Onakakanfo of Yorubaland was never by accident, it was generally accepted by all Yoruba Obas and leaders because of your boldness, courage and commitment to the unity and progress of the Yorubaland. On this note, I therefore, charge all members of the OPU to see themselves as ambassadors of this great nation, wherever you are in any parts of the world, have it mind that you should come and do great things in Nigeria”, Oba  Gbadebo later prayed for all members of the group. 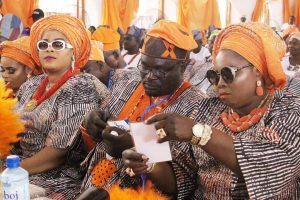 Expressing great appreciation to the Egba monarch for the prayers, Aare Adams, said the group is presently in 79 countries, across the world, adding that members of OPU have  good intentions to help promote  the cultural heritage of the Yorubas. He noted also that this year edition of the world congress is the fourth in the series, and it is meant to bring all Yoruba sons and daughters of the race abroad together under one umbrella for networking and economic development of Yorubaland.

” I am of the conviction that OPU is now a formidable force across the world, And I believe strongly that all our members will always champion the cause and ideals of our great organization.”, he said.

In his keynote lecture, Dr.Soji Aderemi Fajenyo, of  the department of Yoruba, Federal College of  Education, Abeokuta, spoke on unity and restructuring as a way of ensuring progress in Nigeria and Yoruba in particular. He said for Nigeria to make any meaningful progress, there should be unity among the citizenry, and that could be possible if the nation is restructured alongside our traditions and culture.” he also urged members of the group to continue in their efforts to promote Yoruba language, as a way of advancing the identities of the Yoruba race.

THIS COMMUNIQUE ON THE 4TH WORLD CONGRESS OF OODUA PROGRESSIVE UNION (OPU) HELD ON THURSDAY 25TH AND FRIDAY 26TH DAY OF JANUARY, 2018 AT THE CENTENARY HALL, AKE, ABEOKUTA, OGUN STATE.

The Following Issues Were Raised And Resolved By All The Delegates Representing All The 79 Countries Of The Oodua Progressive Union As Follows:

3.  The Congress expresses their utmost gratitude to His Imperial Majesty, Ooni Babatunde Enitan Adeyeye Ogunwusi (Ojaja II), The Ooni of Ife for the successful hosting of 2018 edition of Oodua Festival and the warm reception accorded to all members of Oodua People’s Congress (OPC) and Oodua Progressive Union (OPU) at Ooni’s Palace, Ile-Ife, Osun State

4.  The Congress commended the efforts of the Alake of Egbaland, His Royal Majesty, Oba Adedotun Aremu Gbadebo for his immense support and contribution for the successful hosting of the 4th Oodua Progressive Union World Congress in Abeokuta, Ogun State.

5.  The Congress expresses their profound gratitude to various stakeholders in Yorubaland for their roles and supports towards the emergence and success of the Aare Onakakanfo of Yorubaland.

6.  The Congress appeals to all Yoruba sons and daughters, both home and in the Diaspora to rally round and support the newly installed Aare Onakakanfo of Yorubaland in his quest to unite the Yoruba race.

7.  The Congress is worried about the state of insecurity and lawlessness, especially on the menace of the Fulani herdsmen. We appeal to the federal government to find a lasting solution to the recurring issue

8.  The Congress moves in strong terms in support and clamoring for the restructuring of the country and to allow every federating units to develop at their own pace, so as to enhance democracy and good governance.

ALSO READ  Soyinka: I need a psychiatrist if I join Obasanjo’s coalition

9.  The Congress also advocates for the unity and peace in Yorubaland, particularly among the various Yoruba groups and traditional institutions.

10.The Congress appreciates all members and delegates from 79 countries for coming home to honor Yoruba race and charge them to be good ambassadors of Yoruba race wherever they reside in the world.

11. The Congress commends all members of the Oodua People’s Congress (OPC) for their support and unrelenting efforts at preparing the ground for this epoch making 4th OPU World Congress.

12.The Congress urge all members of Oodua Progressive Union (OPU) to focus on developing their housing project located at the OPU Housing Estate, Ikorodu, Lagos. Adding that about 47 units have gotten to completion stage

13.The Congress agreed that the 5th OPU World Congress in 2019 will be held in Akure, Ondo State, and shall be hosted by His Royal Majesty, Oba Aladetoyinbo Ogunlade (Odundun II), The Deji of Akure, Ondo State.